How much is Floyd Norman Worth?

Floyd Norman net worth: Floyd Norman is an American animator, writer, and comic book artist who has a net worth of $2 million. He is best known for working for multiple animation companies like Walt Disney Animation Studios, Hannah-Barbera Productions, and Pixar.

Floyd Norman was born in Santa Barbara, California in June 1935. He first worked as a clean-up artist and in between artist on the 1959 film Sleeping Beauty. Norman has also worked on the movies The Sword in the Stone, The Jungle Book, Robin Hood, Scooby Goes Hollywood, Scooby-Doo! in Arabian Nights, A Flintstones Christmas Carol, The Hunchback of Notre Dame, Mulan, Toy Story 2, The Tigger Movie, Dinosaur, Monsters, Inc., Cinderella II: Dreams Come True, Kronk's New Goose, and Free Birds. Norman has also worked on several TV series including Josie and the Pussycats, Godzilla, The Smurfs, Pac-Man, Alvin and the Chipmunks, Garfield and Friends, Robot Chicken, and more. 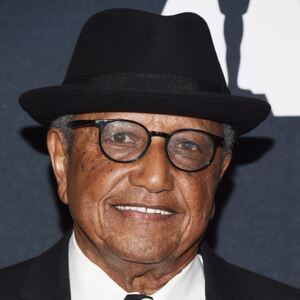