Fernando del Rincon was born in Moreles, Mexico in August 1969. He was originally an actor before doing hard hitting journalism pieces about drug trafficking and receiving death threats. Rincon was accused of broadcasting reports that encouraged civil unrest by Venezuelan president Nicolas Maduro in 2014. Fernando del Rincon is the host of the TV series Panorama USA. He is also the anchor and producer of the series Conclusiones. He first worked for TV Azteca and was the main anchor of the television series Primer Edicion. Fernando del Rincon got his footprints on the Walk of Fame in Mexico City in 2006. In 2011 and 2013 he was named best Spanish speaking anchor in the U.S. by People en Espanol. He has been accused of domestic violence by his ex-wife Carmen Dominicci. Del Rincon married Jullye Giliberti in 2014. 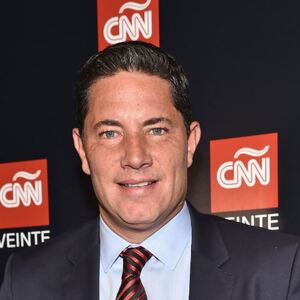