Eugene Cernan net worth: Eugene Cernan was an American former naval officer and Naval Aviator, NASA astronaut, electrical and aeronautical engineer, and fighter pilot who had a net worth of $5 million. Eugene Cernan was born in Bellwood, Illinois in March 1934. He graduated from Purdue University and the Naval Postgraduate School.

Cernan launched into space three times. He first launched as the Pilot of Gemini 91 in 1966 and then again as Lunar Module Pilot of Apollo 10 in 1969 and as Commander of Apollo 17 in 1972.  He became the 11th person to walk on the Moon on Apollo 17 which was the final Apollo lunar landing. Since that time Cernan has been the last man on the Moon. He also served as a backup crew member for the Gemini 12 and Apollo 7 and Apollo 14 missions. Cernan retired in 1976 and has been inducted into the International Space Hall of Fame and the U.S. Astronaut Hall of Fame. In 2016 he appeared in the documentary The Last Man on the Moon. Eugene Cernan died on January 16, 2016 at the age of 82. 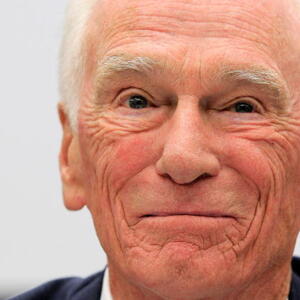