Ernest Cline net worth: Ernest Cline is an American novelist, spoken word artist, and screenwriter who has a net worth of $1 million. Ernest Cline was born in Ashland, Ohio in March 1972. He is known for writing the books Ready Player One in 2011 and Armada in 2015. Cline wrote the screenplay for the 2009 film Fanboys and the film adaptation of the upcoming movie Ready Player One.

He also wrote an episode of the television series Mystery Science Theatre 3000: The Return. Cline has appeared in episodes of the TV series Game On!, Ain't It Cool with Harry Knowles, and Today. He has also appeared in the documentaries Video Games: The Movie, Atari: Game Over, Raiders!: The Story of the Greatest Fan Film Ever Made, and Dungeons & Dragons: A Documentary. Cline performed his original work and was the Austin Poetry Slam Champ in both 1998 and 2001. He also wrote the film Buckaroo Banzai Against the World Crime League in 1996 which was made available on the internet. 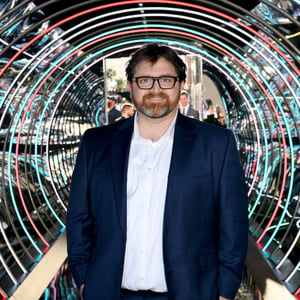