Eric Jerome Dickey net worth: Eric Jerome Dickey is an American novelist who has a net worth of $3 million dollars. Eric Jerome Dickey was born in Memphis, Tennesee, and went on to graduate from Memphis State University with a degree in Computer Engineering. He began his professional career as an engineer in Los Angeles, working as an aerospace engineer for Rockwell Industries.

He subsequently chose to shift his focus to acting and stand-up comedy, however, and he left his engineering work behind. He began writing is own comedy material in the early 90s, and then branched out into plays, short stories, and screenplays. By the late 90s, many of his short stories had been published, and his screenplay, "Capuccino", had been produced and shown at various film festivals. He published his first novel in 1996, and has since gone on to become a New York Times' bestselling author of 15 novels. He has also published numerous short stories in anthologies, and the popular graphic novel, "Storm". 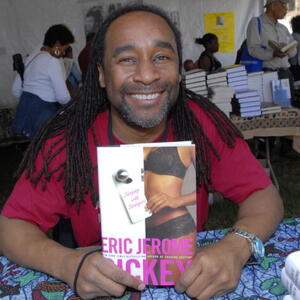