Early Life: Emma Chamberlain was born in California in May 2001. After being born in the city of San Bruno, Chamberlain was largely raised in San Mateo County. She attended Central Middle School in San Carlos, California, and then went to the all-girls Catholic Notre Dame High School, from which she dropped out during the first part of her junior year following the beginning of her YouTube career. She eventually graduated after passing California's High School Exit Exam.

YouTube Career: Chamberlain created her channel in 2016 but didn't post a video until the summer of 2017. She has millions of subscribers to her YouTube channel now, but in the beginning, she was just another striver on the platform. After her first 20 or so videos her subscriber account was at just 50 viewers (she once said on the subject: "I literally started from zero; I had zero subscribers. I remember my first subscriber – I was so excited, and then I looked, and it was my dad."). Her videos include subjects like travel, fashion, lifestyle, beauty, and DIY projects, but her first "viral" video on YouTube was a piece entitled "We All Owe The Dollar Store An Apology." By the end of the summer, her channel was accumulating subscribers at an exponential rate, and one source says she continued to gain about 100,000 new subscribers a month for almost an entire year. She continues almost daily updates on YouTube today and has collaborated with many other high-profile YouTubers, including Cody Ko and the Dolan Twins. She's also done extensive work with other YouTube creators as well as Snapchat.

Emma Chamberlain also has more than 3 million followers on Instagram.

Brand Endorsements: Chamberlain's first big endorsement was for the shopping app Dote, which sponsored her throughout most of 2018. The company sent her everywhere from Austin, TX to Fiji along with a stable of other women with popular YouTube channels, and they released a clothing line designed by Chamberlain called Low Key / High Key by Emma. But eventually, various controversies associated with the app caused Chamberlain to sever ties with Dote towards the end of 2018. The following year, in 2019, eyewear brand Crapeyewear enlisted her to promote and help design a line of sunglasses. She's been seen in videos from the official YouTube account as well as Target's YouTube channel, sometimes with other celebrities like cast members from The Office and other influencers. In 2020 she appeared in an official commercial for the Louis Vuitton Cruise, a brand that she has had many other associations with in her career as a fashion influencer. 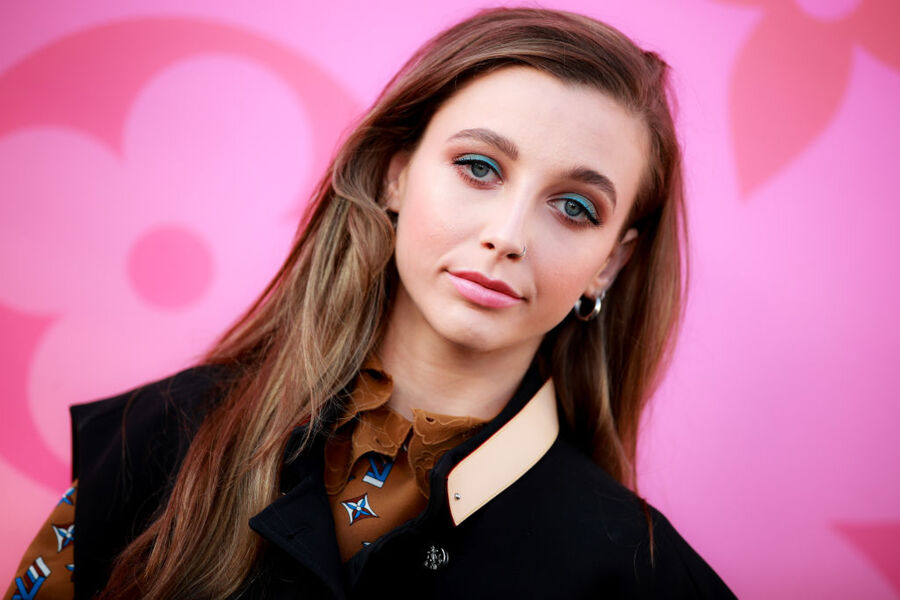 Mainstream Attention: Chamberlain has gotten a ton of press even from mainstream outlets that don't always cover YouTube celebrities. The New York Times called her "the funniest person on YouTube," while TIME magazine included her on their list of "The 25 Most Influential People on the Internet." She attended Paris Fashion Week as an official correspondent for Vogue magazine and has become a fixture at the event in various official capacities. In December of 2019 she was interviewed by figure skater Adam Rippon on ABC News Nightline, and later that same month she launched her own mail-order coffee business called Chamberlain Coffee. Then, for the February 2020 issue of Cosmopolitan, she was featured on the cover of the magazine, a milestone that led her to post a video on YouTube entitled "My First American Magazine Cover." The issue's cover story was all about Chamberlain's career as a YouTube and social media influencer, and in another feature, she was joined by other successful YouTubers in sharing their tricks of the trade.

Podcast: Chamberlain is the host of Stupid Genius, a science podcast produced by Ramble, which was recently reformatted and given a new title suggesting its new, more expansive subject matter: Anything Goes.

Philanthropy: Chamberlain has done work with the Make-A-Wish Foundation, meeting a fan at VidCon 2019 and appearing in a video on the official Make-A-Wish channel. The foundation itself described the meeting like this:

"Wish kid Jason from Make-A-Wish Alaska and Washington was so excited for the chance to meet his favorite creator, Emma Chamberlain during VidCon 2019! They chatted about all things YouTube and Jason asked Emma a handful of questions about how to become a successful creator."

"There were times when we couldn't even go to the movies, when I was a kid, because there wasn't enough money."

"I've always been the one who struggled financially, so now it's so cool that I can make my own money and do whatever I want with it."

Salary Highlights: Much of Chamberlain's net worth and income comes from her wildly successful YouTube videos. One social media analytics study indicated that she was making anywhere from $120,000 to $2 million a year on YouTube alone, not counting all the money from her various endorsements and businesses. She also has a healthy business from sponsored posts on Instagram, thanks to her unusually high reported 25 percent engagement rate that has made her an enticing get for advertisers like Calvin Klein. And then, of course, there's the money she gets from her own personal lifestyle brand and clothing line, which have the additional advantage of being advertised on her various social media channels.

Real Estate: In March 2020 Emma paid $3.9 million for a house in West Hollywood, California. She was 18 years old at the time of purchase. The seller was MedMen co-founder Andrew Modlin. Almost exactly a year later she listed the home for sale for $4 million. She sold this home in May 2021 for $4.1 million. 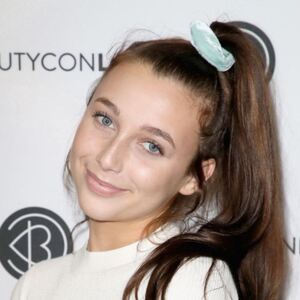