Elmore Leonard net worth: Elmore Leonard was an American novelist, short story writer, and screenwriter who had a net worth of $8 million at the time of his death. Elmore Leonard was born in New Orleans, Louisiana in October 1925 and passed away in August 2013. He authored several novels including Hombre, The Big Bounce, Swag, Unknown Man No. 89, The Hunted, City Primeval, Gold Coast, Split Images, LaBrava, Glitz, Killshot, Get Shorty, Maximum Bob, Rum Punch, Pronto, Riding the Rap, Out of Sight, Cuba Libre, Pagan Babies, Tishomingo Blues, A Coyote's in the House, The Hot Kid, Road Dogs, Dijbouti, Rayland, and more.

One of his best known works is his short story "Three-Ten to Yuma". Elmore Leonard also wrote the screenplays for The Moonshine War, Joe Kidd, Mr. Majestyk, High Noon, Part II, Stick, 52 Pick-Up, The Rosary Murders, and Cat Chaser. In 1999 he won an Edgar Allan Poe Award for Best Motion Picture for Out of Sight. He served in the United States Navy and his son Peter Leonard is also an author. Elmore Leonard passed away on August 20, 2013 at 87 years old. 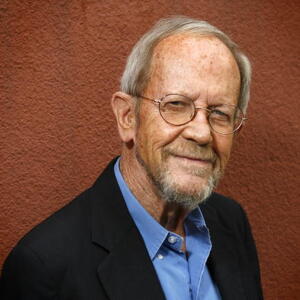