What is Elizabeth Gilbert's Net Worth?

Elizabeth Gilbert is an American journalist and author, best known for her 2006 memoir "Eat, Pray, Love." Elizabeth Gilbert has a net worth of $20 million. The book, about her trip around the world following her divorce, sold over 12 million copies and spawned a film adaptation starring Julia Roberts. Gilbert went on to publish more memoirs, as well as the novels "The Signature of All Things" and "City of Girls."

Elizabeth Gilbert was born in 1969 in Waterbury, Connecticut to nurse Carole and chemical engineer John. She has an older sister named Catherine. When Gilbert was four, the family purchased a Christmas tree farm in Litchfield. Living in the country without neighbors or even a television set, the family spent much of the time reading and writing. As a young adult, Gilbert moved to New York City to attend New York University. Following her graduation, she moved to Philadelphia, where she worked as a waitress and bartender to save money for travel. Gilbert was deeply influenced by the early itinerant career of Ernest Hemingway, believing that stories are best found by exploring the world.

As a writer, Gilbert had her breakthrough with a short story called "Pilgrims," which was published in Esquire magazine in 1993. This exposure led to a successful career in journalism, with Gilbert working as a freelance writer for such national magazines as GQ, Allure, SPIN, and Travel + Leisure. One of her most notable articles was "The Muse of the Coyote Ugly Saloon," published in 1997 in GQ. A memoir of Gilbert's bartending experience at the first Coyote Ugly table dancing bar in New York City, the article served as the basis for the 2000 feature film "Coyote Ugly." Also for GQ, Gilbert wrote the acclaimed articles "The Last American Man," published in 1998, and "The Ghost," a profile of Hank Williams III that was published in 2000.

In 1997, Gilbert released her first book, the short story collection "Pilgrims." Featuring 12 stories, including the eponymous one from Esquire, the book won the Pushcart Prize and was a finalist for the PEN/Hemingway Award. Following this, Gilbert released her first novel, "Stern Men," in 2000. A biography based on her GQ article "The Last American Man" was published in 2002; focused on woodsman and naturalist Eustace Conway, it received a National Book Award nomination in the non-fiction category.

Gilbert achieved international acclaim in 2006 with the release of her best-known work, the memoir "Eat, Pray, Love: One Woman's Search for Everything Across Italy, India and Indonesia." The book chronicles her years traveling abroad in the wake of her divorce, during which time she sought personal and spiritual growth. Gilbert financed her travel with the $200,000 publisher's advance she received from pitching the concept. A massive hit with readers, "Eat, Pray, Love" made it onto the New York Times Best Seller List in the spring of 2006, and remained there for 88 weeks through October of 2008. It has sold more than 12 million copies, and has been translated into more than 30 different languages. Due to this success, the book was adapted into a film, starring Julia Roberts, that was released in 2010. 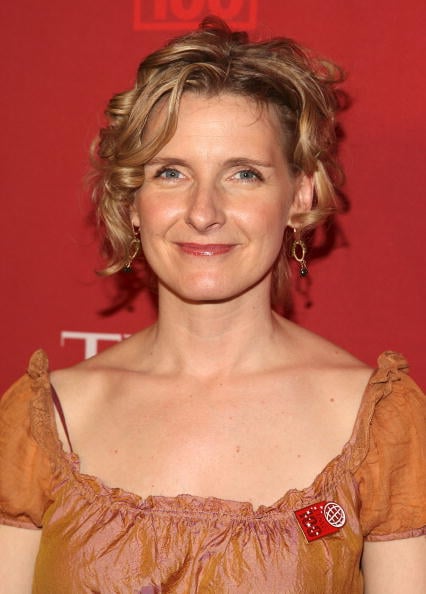 In January of 2010, Gilbert released another memoir, called "Committed: A Skeptic Makes Peace with Marriage." A sequel of sorts to "Eat, Pray, Love," it covers Gilbert's romance with a Brazilian man she met during her travels in Bali. The book also explores marriage as an institution, looking at the concept from a number of historical and modern perspectives. "Committed" spent 57 weeks atop the New York Times Best Seller List for paperback nonfiction. Following this, in 2012, Gilbert republished a 1947 cookbook written by her great-grandmother, entitled "At Home on the Range." The next year, Gilbert released her second novel, "The Signature of All Things," about the daughter of a botanical explorer who goes on a spiritual journey over the course of the 19th century.

Gilbert's third memoir, "Big Magic: Creative Living Beyond Fear," came out in 2015. A self-help book, it includes sections devoted to the themes of courage, permission, trust, persistence, enchantment, and divinity. Gilbert provides advice for tackling self-doubt and setting reasonable agendas, among other areas of interest. Later, in 2019, the author published her third novel, "City of Girls."

In 1994, Gilbert married Michael Cooper, whom she had met while working at the Coyote Ugly Saloon. The pair divorced in 2002 when Gilbert started seeing another man. Later, in 2007, Gilbert wed José Nunes, a Brazilian man she met while traveling in Bali, Indonesia. The couple lived in Frenchtown, New Jersey, where they ran an Asian import store called Two Buttons. In 2016, Gilbert and Nunes separated amicably. Subsequently, Gilbert entered into a relationship with her female friend Rayya Elias, who had recently been diagnosed with cancer. The two had a commitment ceremony in 2017; Elias passed away the following year. In 2019, Gilbert started dating British-born photographer Simon MacArthur, a former friend of Elias. However, they broke up in early 2020.

Gilbert has been involved in some philanthropic endeavors over the years. In 2015, she was one of the myriad authors who participated in fundraising efforts for Syrian refugees. Gilbert has also helped raise money for BlinkNow Foundation, a nonprofit that operates a school and children's home in Nepal.