Elie Wiesel Net Worth: Elie Wiesel is an American professor and activist who has a net worth of $5 million. Born Eliezer Wiesel in 1928 in Sighet, Maramatiel, Kingdom of Romania, Elie Wiesel has written 57 books and is a Holocaust survivor. In 1944, those who were Jewish and living in Sighet were taken to Auschwitz-Birkenau by the German army, including Wiesel and his entire family.

The Germans tattooed his inmate number, A-7713, on his left arm. Wiesel and his father were separated from his mother and three sisters and sent to Auschwitz III-Monowitz to work. Wiesel's father was killed several weeks before the U.S. Third Army freed the prisoners on April 11, 1945. Following the war's end, Wiesel began working as a journalist, putting his Hebrew skills to good use as a translator. It took almost a decade for Wiesel to begin writing about his experiences with the Holocaust, though he eventually penned "And the World Remained Silent" in Yiddish. It totaled about 900 pages and was later shortened to "La Nuit" in French and "Night" in English. The book has since become a "New York Times" bestseller with more than six million copies sold in the United States alone. In the mid-'50s, Wiesel became a U.S. citizen and went on to write scores of books. He won the 1986 Nobel Peace Prize for his work to end racism and violence. He is also the recipient of the Presidential Medal of Freedom, the Congressional Gold Medal, the Legion of Honour, and is Commander of the Order of the British Empire. Wiesel is a political activist who champions causes supporting Israel, South African apartheid victims, and ending the violence in Darfur. In 2006, he returned to Auschwitz as part of a segment with "The Oprah Winfrey Show". Wiesel has since taught at several universities, including Boston University, the City University of New York, and Yale. He and his wife, Marion, founded the Elie Wiesel Foundation for Humanity. 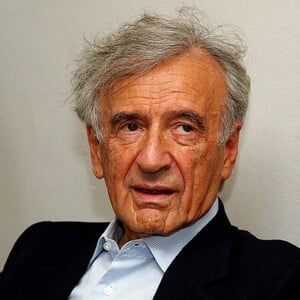