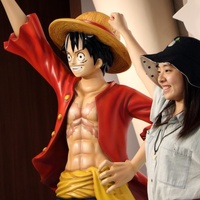 Eiichiro Oda net worth: Eiichiro Oda is a Japanese manga artist who has a net worth of $200 million. Eiichiro Oda was born in Kumamoto, Kumamoto Prefecture, Japan in January 1975. He is best known for his manga series One Piece which has been running since 1997. Oda's series One Piece is the best-selling manga series of all time with more than 430 million copies in worldwide circulation. He has been honored as one of the artists who changed the history of manga. At four years old he wanted to become a manga artist. By 17 he had already won several awards and got a job at the Weekly Shonen Jump magazine. He drew two pirate-themed one-shot stories including "Romance Dawn" starring Monkey D. Luffy who became the protagonist for One Piece. The series began serialization in 1997 in Weekly Shonen Jump. He has also worked on the manga series Wanted!, God's Present for the Future, Ikki Yako, Monsters, and Cross Epoch among others. Oda has released seven One Piece Color Walk art books.