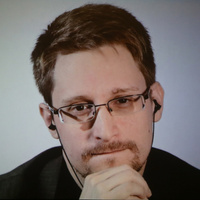 What is Edward Snowden's Net Worth?

Edward Snowden is an American computer security consultant and whistle blower who has a net worth of $500 thousand. Edward Snowden is a former government computer intelligence consultant, best known for leaking classified information from the National Security Agency in 2013 detailing mass global surveillance programs. Facing charges from the United States Department of Justice, he sought asylum in Russia, where he became a permanent resident in 2020. To further his activism, Snowden became the president of the Freedom of the Press Foundation, which works to protect journalists from government cyberattacks and surveillance.

Snowden has revealed in interviews that his peak salary before living in exile was $200,000 per year. That was from the private sector. When working for the government, his salary topped out at $122,000 per year. According to a Snowden associate, he earns around $200,000 per year in speaking engagement fees.

Edward Snowden was born on June 21, 1983 in Elizabeth City, North Carolina to Lonnie, a United States Coast Guard officer, and Elizabeth, a clerk in the United States District Court for the District of Maryland. He has an older sister named Jessica who also worked for the federal government. When he was a kid, Snowden moved with his family to Fort Meade, Maryland. After missing almost nine months of school due to mono, he passed his GED test and attended Anne Arundel Community College. Despite having no undergraduate degree, he began an online master's program with the University of Liverpool, which he ultimately did not complete.

Wishing to help free the oppressed people of Iraq, Snowden joined the United States Army in 2004, and became a Special Forces candidate. However, he failed to complete training due to injury, and was discharged later in the year. Subsequently, Snowden worked as a security guard at the University of Maryland's Center for Advanced Study of Language, which was sponsored by the National Security Agency.

In 2006, Snowden attended a job fair focused on intelligence agencies; soon after, he accepted an offer for a position at the CIA. There, he established a reputation as a computer wiz, and was sent to the agency's secret school for technology specialists. In 2007, Snowden was stationed in Geneva, Switzerland, where he was put in charge of maintaining computer-network security. Considered the top cybersecurity expert in the country, he was chosen to support the president at the 2008 NATO summit. Snowden eventually resigned from the CIA in early 2009. 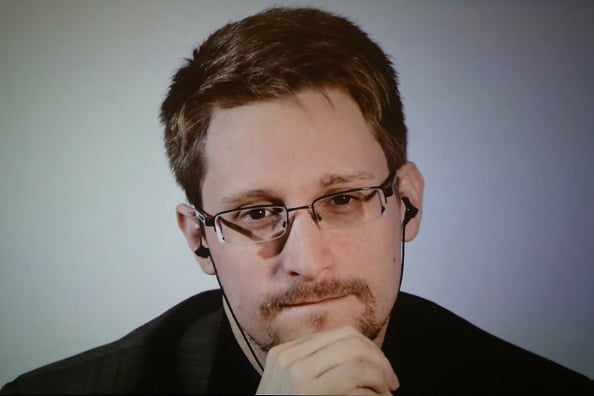 Following his stint with the CIA, Snowden started working as a contractee for the technology corporation Dell. He was assigned to a National Security Agency facility at Yokota Air Base in Japan, where he instructed government officials and military officers on how to shore up their networks from the threat of Chinese hackers. Snowden ultimately worked for four years at Dell, rising from an NSA computer-system supervisor to a cyber-counterintelligence expert. He quit in March of 2013 after witnessing Director of National Intelligence James Clapper lie under oath to Congress. After leaving Dell, Snowden worked at the consulting firm Booz Allen Hamilton, where he sought to gather and release data about the NSA's global surveillance programs; his employment was terminated in June of 2013. While working for the NSA, Snowden observed the agency's myriad ethical infractions, specifically its flagrant violations of people's privacies.

Deciding to become a whistleblower when he could no longer stay silent about the NSA's breach of ethics, Snowden began disclosing thousands of classified documents in 2013. Within a matter of months, these documents were published by numerous international media outlets, including the Washington Post, the New York Times, the Guardian, Der Spiegel, and Le Monde. Thanks to the work of Snowden and many journalists, the public became aware of previously concealed details of the NSA's mass-surveillance apparatus. The leaked documents revealed the scope of the agency's spying activities, including its tracking of cell phones and its harvesting of email and other telecommunications data. Additionally, they exposed that the United States had been spying on numerous nations, including allies such as Germany, France, the UK, Brazil, and Mexico.

Shortly after the disclosure of the classified NSA documents, Snowden was charged with three felonies by United States federal prosecutors: one count of theft of government property and two counts of violating the Espionage Act of 1917.

Upon quitting his job in 2013, Snowden fled to Hong Kong, where he intended to stay for as long as the government allowed it. He stayed in the Mira Hotel, and was later housed in a number of apartments by other refugees seeking asylum. After his US passport was revoked, Snowden traveled to Moscow, Russia, where he was granted temporary asylum for a year. Following this period, he received a three-year temporary residency permit to travel the country freely, and to go abroad for up to three months. In 2019, new Russian amendments allowed for a permanent residence permit for the first time; this was granted to Snowden in 2020.

Despite his fugitive status, Snowden has made many appearances in the media since his disclosure of the NSA documents, and has earned hundreds of thousands of dollars from digital speaking engagements. In 2014, he spoke via teleconference call at the South by Southwest interactive technology conference in Austin, Texas. Shortly after this, he spoke via teleconference at a TED event in Vancouver. Snowden also spoke at the LibrePlanet conference and the Media Lab's Forbidden Research event at MIT, and gave an interview on "Last Week Tonight with John Oliver." Notably, he appeared in the Oscar-winning 2014 documentary film "Citizenfour," directed by Laura Poitras.

In 2017, Snowden secretly married blogger and acrobat Lindsay Mills, who had joined him in exile in Russia in 2014. The pair began dating in 2009, before the NSA surveillance disclosures. Snowden and Mills had a son in December of 2020.