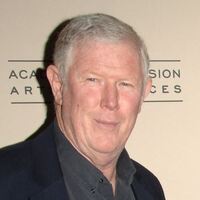 Ed Burns net worth: Ed Burns is an American actor, film producer, writer and director who has a net worth of $7 million dollars. Not to be confused with the actor Edward Burns, Ed Burns was born in Baltimore, Maryland in 1946. Ed Burns worked in the Baltimore police department as a Detective in both the Homicide and Narcotics Divisions. Later, he taught seventh grade in the Baltimore school system, and found that to be an incredibly difficult job due to the number of psychologically and emotionally damaged children in his classroom. He co-wrote the book, "The Corner: A Year in the Life of an Inner-City Neighborhood" in 1995. The book won numerous awards and was turned into an HBO mini-series that subsequently won three Emmy Awards. In 2002, he began co-writing and co-producing the series, "The Wire", which also aired on HBO. Though it never achieved major success, it has been called "the best drama produced for television" by multiple media outlets, and launched its entire cast to high-profile careers. The show ran for five seasons. He also wrote and produced the series, "Generation Kill", which went on to receive ten Emmy nominations.