Eamonn Holmes net worth: Eamonn Holmes is an Irish journalist and broadcaster who has a net worth of $5 million. Eamonn Holmes was born in Belfast, Northern Ireland in December 1959. He is best known for presenting Songs of Praise, Sky News, and This Morning. Holmes was a co-presenter on GMTV from 1993 to 2005 and joined Sky News Sunrise in 2006.

He has co-hosted This Morning with his wife Ruth Langsford since 2006. Holmes has presented or co-presented for the TV series Open Air, GMTV, Jet Set, Would You Pass The 11+, SUDO-Q, The Sunday Night Project, Sunrise, The Rich List, This Morning, The Feelgood Factor, Gift Wrapped, and Eamonn & Ruth: How The Other Half Lives. He has also presented the radio shows The Eamonn Holmes Show and Sunday Afternoons. Holmes won TRIC Awards for Satellite/Digital TV Personality from 2008 to 2011. In 2013 he won TRIC Awards for News Presenter/Reporter and a Legends of Industry Award for Services to Broadcasting and Journalism. 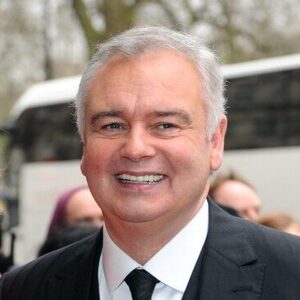