Dick Enberg net worth and salary: Dick Enberg was an American sportscaster who had a net worth of $16 million. Dick Enberg was born in Mount Clemens, Michigan in January 1935. During his life, he was known for his catch phrases such as "Oh, my! and "Touch 'em all". He got his start in 1965 when KTLA offered him $18,000 per year to be a sports caster.

The salary was literally three times what he had been making as a teacher. He started to make a name for himself calling UCLA basketball games when Kareem Abdul-Jabbar was playing for coach John Wooden. He quickly moved up the ladder in the sports broadcasting world. During his career Engberg broadcast for the NFL, MLB, NBA, college football and basketball, the U.S. Open, the Breeders' Cup, the Olympic Games, the Wimbledon, and the French Open. He called eight Super Bowls for the NFL on NBC. Enberg joined CBS Sports in 2000 and covered the NFL, college basketball, and the US Open. He started working for ESPN in 2004 covering tennis. Enberg was a play-by-play announcer for the Indiana Hoosiers, UCLA Bruins, Los Angeles Rams, and California Angels. Enberg did play-by-play for the San Diego Padres television coverage since 2010. He hosted the game show Baffle in 1973 and joined NBC Sports in 1975.  Dick Enberg died on December 21, 2017 at the age of 82 at his home in La Jolla, California. 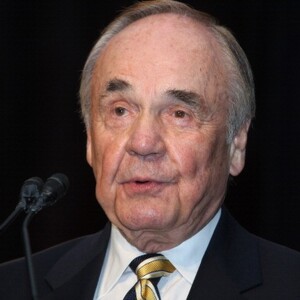