Derek Acorah net worth: Derek Acorah was an English spirit medium, author, and television personality who had a net worth of $5 million at the time of his death. Derek died on January 3, 2020 at the age of 69.

Derek Acorah was born in Bootle, England, United Kingdom in January 1950. He was best known for starring in the television series Most Haunted on Living TV from 2002 to 2010. Acorah has been the subject of criticism about him being a legitimate medium. He was signed with the Liverpool FC soccer team but did not play a game and finished his career in Australia. Acorah has been featured in the TV series Doctor Who, Celebrity Five Go to…, Celebrity Juice, Harry Hill's TV Burp, Richard and Judy, Loose Lips, The Paul O'Grady Show, Loose Women, and the Weakest Link. He has authored the books The Psychic World of Derek Acorah: Discover How to Develop Your Hidden Powers, The Psychic Adventures of Derek Acorah: Star of TV's "Most Haunted", Ghost Hunting with Derek Acorah, Haunted Britain, Ghost Towns, Derek Acorah's Haunted!, Amazing Psychic Stories, and Extreme Psychic. 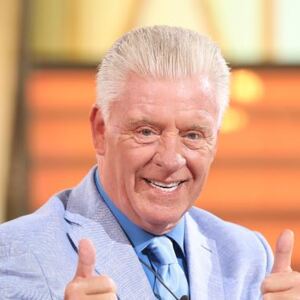