Demond Wilson net worth: Demond Wilson is an American actor, author, and pastor who has a net worth of $1.5 million. Demond Wilson was born in Valdosta, Georgia in October 1946. Wilson is best known for playing the role of Lamont Sanford in the NBC television series Sanford and Son.

At six years old Demond's appendix ruptured and almost killed him. He vowed to serve God as an adult in a ministry role. Wilson served in the US Army and was wounded. He starred in Broadway and Off Broadway productions and then moved to Hollywood, California. His first roles came in 1971 in the movie The Organization and in the TV series All in the Family and Mission: Impossible. His best known role came starring as Lamont Sanford in the series Sanford and Son from 1972 to 1977. Wilson starred as Raymond Ellis in the television series Baby, I'm Back from 1977 to 1978. From 1982 to 1983 he starred as Oscar Madison in the TV series The New Odd Couple. From 2004 to 2005 he had a recurring role as Kenneth Miles in the series Girlfriends. Wilson also starred in the movies Dealing: Or the Berkeley-to-Boston Forty-Brick Lost-Bag Blues, Full Moon High, Me and the Kid, and Hammerlock. He is an ordained minister and founded Restoration House in 1995. He has authored Christian books, children's book, and his memoirs. 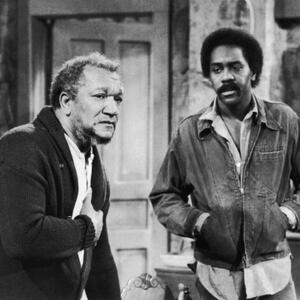