Deborah Norville net worth and salary: Deborah Norville is an American television anchor and journalist who has a net worth of $18 million. Deborah Norville was born in Dalton, Georgia in August 1958. Norville has been the host of the syndicated television series Inside Edition since 1995. Before that she hosted the TV series Today on NBC and was a substitute anchor for NBC Nightly News and the weekend CBS Evening News. Norville was also a host and correspondent for CBS News magazine television series. She won two Emmy Awards for covering a democratic uprising in Romania for NBC News and for covering floods on the Mississippi River for CBS's 48 Hours. Norville earned her journalism degree from the University of Georgia in Athens in 1979. She started her career at local TV stations in Atlanta and Chicago. Norville was a featured player on the TV series Hollywood Squares from 1998 to 2003. She has published five books and two more children's books. In April 2019 Deborah had a surgery to remove a cancerous lump that was spotted by a viewer who then alerted the show's producers.

Deborah Norville Salary: Deborah's annual salary for being host of Inside Edition is $4 million.

Deborah has been married to Swedish businessman Karl Wellner since 1987. Karl is the CEO of Papamarkou Wellner Asset Management. In March 2019 the couple listed their 3000 square foot Park Avenue apartment for $4.5 million. 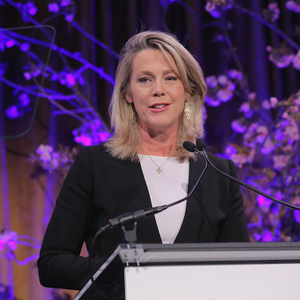