What Is Dean Koontz's Net Worth?

Dean Koontz is an American author and producer who has a net worth of $200 million. Dean Koontz is known for his suspense thrillers and for his frequent incorporation of elements of horror, science fiction, mystery, and even satire. Dean has published more than 100 novels, and several of his books have appeared on the "New York Times" Bestseller List, with 14 hard-covers and 16 paperbacks reaching the #1 position as of this writing. Koontz has sold more than 500 million books worldwide, and he is one of the richest authors in the world. Many of Dean's novels have been adapted into films, TV movies, or miniseries, such as "Watchers," "Hideaway," "Mr. Murder," and "Odd Thomas," and he wrote the screenplays for 1990's "The Face of Fear" and 1998's "Phantoms." Koontz produced "Phantoms" and "Mr. Murder" as well as the TV movies "Intensity," "Sole Survivor," and "Black River."

Dean Koontz was born Dean Ray Koontz on July 9, 1945, in Everett, Pennsylvania. Dean is the son of Raymond and Florence Koontz, and his father was an abusive alcoholic. In a 1998 interview with the "San Francisco Chronicle," Koontz said of his father, "He was diagnosed as a borderline schizophrenic with tendencies of violence. He drank a fifth a day all his life, which made things worse. Later, he was diagnosed as sociopathic, which put a lot of things into perspective. Sociopaths fake emotion. They don't really feel the emotions ordinary people feel, and they don't believe that others do, either." He added, "Living under the thumb of someone like that is a pretty strange existence. He was very violent, always in trouble with the police. He held 44 jobs in 34 years. He punched out the boss and was fired." Raymond was admitted to a psychiatric ward after he tried to stab Dean.

Koontz won an "Atlantic Monthly" fiction competition during his senior year at Shippensburg State College, and after graduating in 1967, he began teaching English at Mechanicsburg High School. In the '60s, Dean worked for a federally funded initiative called the Appalachian Poverty Program, which was dedicated to helping impoverished children. In his book "The Dean Koontz Companion," Koontz wrote that his experience with the Appalachian Poverty Program made him realize "that most of these programs are not meant to help anyone, merely to control people and make them dependent. I was forced to reconsider everything I'd once believed. I developed a profound distrust of government regardless of the philosophy of the people in power." 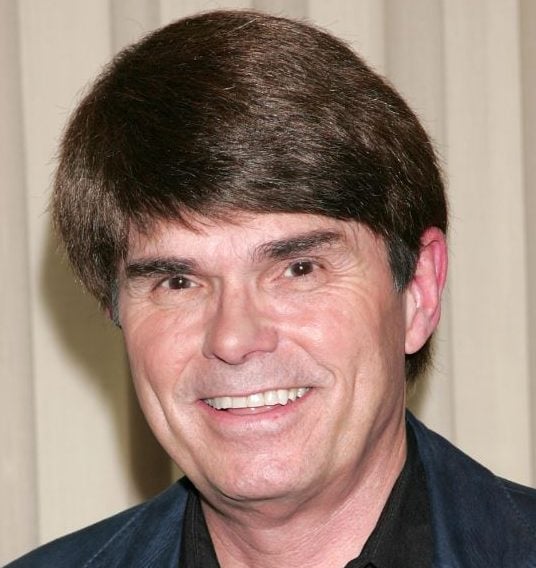 Dean married his high school sweetheart, Gerda Ann Cerra, on October 15, 1966. Between 1991 and 2004, Koontz donated $2.5 million to the charitable organization Canine Companions for Independence (CCI), and to thank him, CCI gifted him a Golden Retriever named Trixie. Dean has written three books credited to Trixie, 2004's "Life Is Good: Lessons in Joyful Living," 2005's "Christmas Is Good!: Trixie Treats & Holiday Wisdom," and 2008's "Bliss to You: Trixie's Guide to a Happy Life," and the profits were donated to CCI. Sadly, Trixie was diagnosed with terminal cancer, which caused a tumor to form in her heart, and Dean and Gerda had to say goodbye to her in June 2007. Two years after Trixie's death, Koontz published a "profound, funny, and beautifully rendered portrait of a beloved companion" titled "A Big Little Life: A Memoir of a Joyful Dog." In 2008, Dean and Gerda adopted a new dog named Anna, and they later discovered that she was Trixie's grandniece. Anna passed away in May 2016, and Dean and Gerda adopted a new dog named Elsa in July of that year. 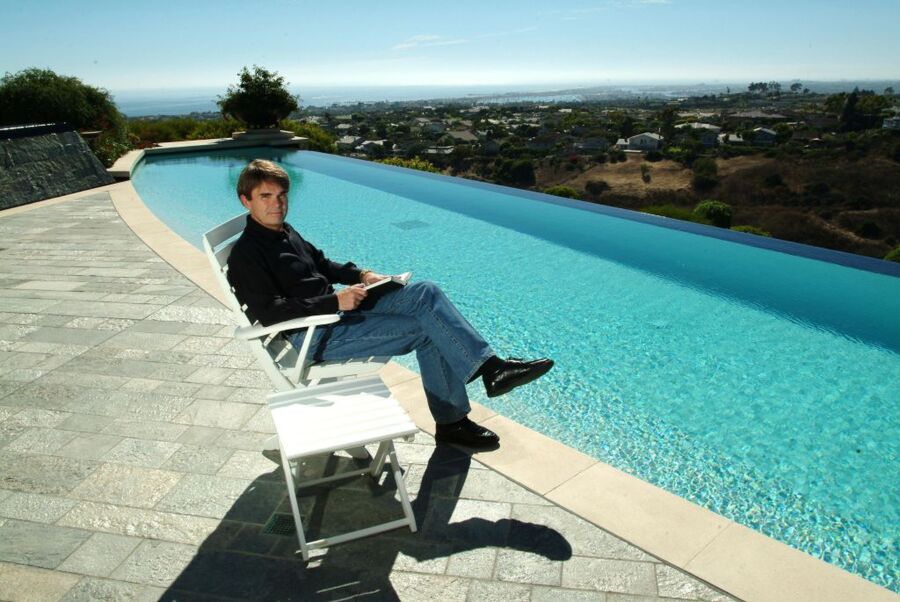 In 2000, Dean and Gerda paid $9 million for a 2.5-acre undeveloped hilltop property in an exclusive gated community in Newport Beach, California, called Pelican Hill. They proceeded to spend an unknown, but presumably ungodly, amount of money over several years building what eventually became a 30,000 square-foot palatial mansion. It's the largest home in Pelican Hill. Dean is pictured above poolside at the mansion in 2003.

In 2014, Dean told the "Wall Street Journal" that building the house was "an insane undertaking" but worth the effort because he "had been waiting my entire life to build a house that I would never want to leave."

Well, never say never because in June 2020 Dean and Gerda sold the home for $50 million to businessman/reality star Glenn Stearns. That is the highest amount ever paid for a home in Newport Coast, California, as of this writing. It is the second-highest amount ever paid for a home in Orange County, behind the $55 million paid by an Arizona billionaire for a home in Corona Del Mar in 2018. Gerda and Dean own two homes in a nearby gated community called Shady Canyon. They paid $10.5 million for one of the homes right around the time of the sale of their Pelican Hill mansion. In 2019, they paid $11.6 million for their first Shady Canyon home.