David Sedaris Net Worth: David Sedaris is an American comedian, author and radio personality who has a net worth of $8 million dollars. Born in Binghamton, New York, in 1956, David Sedaris was raised outside of Raleigh, North Carolina, and attended Western Carolina University and Kent State University before graduating from the School of the Art Institute of Chicago in the late '80s.

Ira Glass discovered Sedaris while Sedaris was reading his diary in a club in Chicago and invited him to join Glass' radio show, "The Wild Room". A few years later, he made his NPR debut in 1992, reading "SantaLand Diaries" on "Morning Edition". The performance was praised by "The New York Times" and soon, Sedaris was recording monthly pieces for NPR. He landed a two-book publishing deal. His first book, "Barrel Fever", was published in 1994 as a collection of stories. Soon after, he was regularly appearing on Glass' NPR show "This American Life" and writing for "The New Yorker". His second book, "Me Talk Pretty One Day", is globally recognized and the winner of the 2001 Thurber Prize for American Humor. His third effort, "Dress Your Family in Corduroy and Denim", became a number one "New York Times" non-fiction bestseller in 2004, and was nominated for a Grammy Award for the audio version. In 2010, he was featured on BBC Radio 4 in a four-part segment called "Meet David Sedaris". As of 2013, he has published nine books and written a handful of plays with his sister. He and his longtime partner, Hugh Hamrick, live in West Sussex, England. 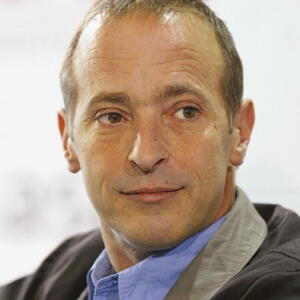