David Frost net worth: David Frost was an English journalist, writer, comedian, and television and media personality who had a net worth of $100 million at the time of his death in 2013. In 2006, a British newspaper estimated David Frost's net worth to be as much as $250 million. Frost vehemently denied this number, calling it a massive overestimate.

The valuation took into account the assets of his British Production company, subsidiaries and various real estate properties around the world. David Frost was born in Tenterden, Kent, England in April 1939 and passed away in August 2013. He started out as the host of the television series That Was the Week That Was in 1962 in the UK and then started working in television in the US. Frost became well known for his television interviews with politicians including The Nixon interviews with President Richard Nixon in 1977 which were later made into a film and stage play. Frost was known as one of the "Famous Five" who helped launch the ITV breakfast station TV-am in 1983. He hosted the TV series Breakfast with Frost for the BBC from 1993 to 2005 and also hosted the series Through the Keyhole for two decades. He hosted the program Frost Over the World on Al Jazeera English from 2006 to 2012. Frost won two Primetime Emmy Awards and was nominated for a Golden Globe Award. David Frost passed away on August 31, 2013 at the age of 74 from a heart attack. 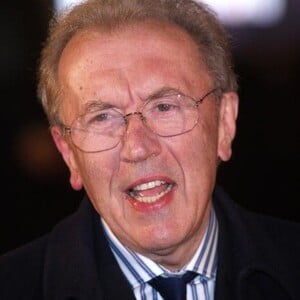