David Caspe Net Worth: David Caspe is an American film and television writer who has a net worth of $5 million. Caspe created the ABC television sitcom Happy Endings and the NBC sitcom Marry Me. In 2019 he co-created the Showtime series Black Monday.

David Caspe was born in Chicago, Illinois in October 1978. David graduated from New York's School of Visual Arts and from the University of Colorado, Boulder. He started his career as a painter before moving to Los Angeles, California to pursue a career in screenwriting. Caspe created the television series Happy Endings: Happy Rides which aired in 2012. He also wrote for and executive produced the show. He also created, wrote for, and executive produced the TV series Happy Endings which aired on ABC from 2011 to 2013. Caspe created the ABC sitcom Marry Me which he also writes for and executive produces. The Show began airing in 2014. He wrote the screenplay I Hate You, Dad which was re-titled That's My Boy and picked up by Sony and Happy Madison productions. The movie was released in 2012 and won Caspe a Razzie Award for Worst Screenplay. David married actress Casey Wilson, who stars in Marry Me, in May 2014. They have two children together. 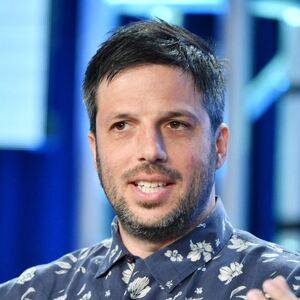