David Benioff net worth and salary: David Benioff is an American writer and producer who has a net worth of $100 million dollars. David is best-known for developing and producing the show "Game of Thrones" for HBO.

David Benioff was born in New York, New York, and went on to graduate from Dartmouth College. He subsequently earned a Masters in Creative Writing from the University of California-Irvine and Trinity College Dublin. He briefly worked as a bouncer and then as a high school English teacher. He published his first book while working as a teacher. The novel, "The 25th Hour", was later turned into a movie starring Edward Norton. He wrote the screenplay, as well. Since then, he has written such films as "Troy", "Stay", "The Kite Runner", "X-Men Origins: Wolverine", and "Brothers". He has also published two more books. He is most widely recognized as the co-creator, executive producer, showrunner, and writer for the massively successful HBO series, "Game of Thrones" which debuted on April 17, 2011. David and his GoT producing partner D.B. Weiss directed two episodes of the series together, including the widely-panned series finale which some consider the worst in the history of television.

David Benioff has been married to actress Amanda Peet since 2006. They married on September 30, 2006 in New York City and now have three children together.

Real Estate: In December 2007, when she was still by-far the bread winner of the family, Amanda and David plunked down $4.625 million for a four-bedroom home in Beverly Hills. They also own a home in New York City.

Disney Deal: In February 2018 it was revealed that D.B. Weiss and his producing partner David Benioff had signed a multi-film deal with Disney to produce at least three Star Wars movies to be released in 2022, 2024 and 2026.

Netflix Deal: On August 7, 2019 it was announced that D.B. Weiss and David Benioff had signed a multi-year $200 million overall deal with Netflix. The duo had also been in talks with Disney and Amazon, but Netflix won out in the end. The deal does not impact their Disney film partnership. The duo will also retain executive producer credits on all future HBO Game of Thrones spinoffs and prequels which are reportedly in the works, though they will not be involved in those projects. 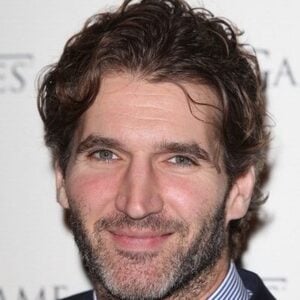