Dave Ramsey net worth and salary: Dave Ramsey is an American author, financial expert, business entrepreneur and radio host who has a net worth of $200 million. Dave Ramsey is probably most famous for creating a business where he helps others to learn about finance. His financial teachings are based on his own experience, with many of his books, and radio shows geared toward a Christian perspective.

David L. Ramsey III was born in Antioch, Tennessee in September 1960. He graduated from the College of Business Administration at University of Tennessee in 1982. By 26 he already had a portfolio worth over $4 million. Ramsey had to file for bankruptcy after a bank demanded he pay over $1 million within 90 days. He started to counsel couples at his church and studied consumer financial problems. He put what he learned into a formula and released his book Financial Peace in 1992. He got into radio in 1992 as co-host of The Money Game. The Dave Ramsey Show can be heard on over 500 radio stations in the U.S. and Canada. Ramsey has written four New York Times bestsellers. He is known for featuring a Christian perspective on finance. He won the Marconi Award in 2009 for Network/Syndicated Personality of the Year. He founded the Lampo Group, Inc. which now has over 350 team members and runs his business debt-free. He created Financial Peace University which is often taught at churches and helps people learn more about finances. Today Dave reportedly owns a real estate portfolio that is worth $150 million all by itself. 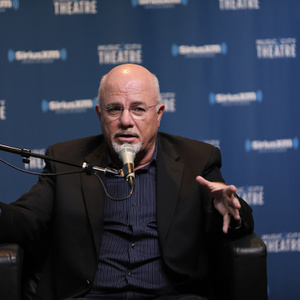