Daphne Oz net worth: Daphne Oz is an American author and television host who is worth $12 Million. Daphne Oz was born in Philadelphia, Pennsylvania, and grew up in Cliffside Park, New Jersey. She graduated from Princeton University with a degree in Near Eastern Studies. She first gained widespread notice when she published the book, "The Dorm Room Diet".

The book gave practical advice and anecdotes about how to eat appropriately while in college. She followed that up with "The Dorm Room Diet Planner". She appeared on several talk shows, and was featured in such publications as People, The Wall Street Journal, and The New York Times. She is one of the co-hosts of "The Chew", a popular daytime talk show about food. She has appeared on the program since it began airing in mid-2011. She is also a highly sought after public speaker and an ambassador for HealthCorps. She recently published the bestselling book, "Relish: An Adventure in Food, Style, and Everyday Fun". 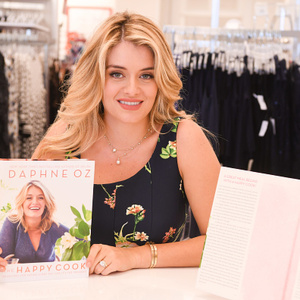