What is Danielle Steel's Net Worth?

Danielle Steel is a prolific American novelist who has a net worth of $600 million. As of this writing, Steel is the author of more than 180 books and is the world's bestselling author with sales of more than 800 million copies. She is best known for her romance novels, such as "The Promise" (1979), "Once in a Lifetime" (1982), and "Until the End of Time" (2013), but she has also published poetry books and picture books as well as the children's "Max & Martha" and "Freddie" series. Danielle's books have been translated into dozens of languages, and more than 20 of her novels have been adapted into films or miniseries. In 1989, she was featured in the "Guinness Book of World Records after one of her books spent 381 consecutive weeks on "The New York Times" Bestseller List.

Danielle Steel was born Danielle Fernandes Dominique Schuelein-Steel on August 14, 1947, in New York, New York. She grew up with a Portuguese mother, Norma, and a German father, John, and spent a great deal of her youth in France, where she often attended her parents' lavish dinner parties with the rich and famous. John was a descendant of Joseph Schülein, the owner of Löwenbräu beer, and Norma was the daughter of Portuguese diplomat Gil da Camara Stone dos Reis. John and Norma divorced when Danielle was 8 years old, and she rarely saw her mother after that. Steel was raised by her father in New York, and she graduated from the Lycée Français de New York, in 1965. She attended at Parsons School of Design and New York University, studying fashion design and literature design, but she dropped out after suffering a few health scares.

Danielle began writing stories when she was a child and started writing poetry as a teenager. She wrote her first manuscript at age 19 while attending NYU and adjusting to married life, and after her first child was born, Steel got a job at Supergirls, a New York advertising agency. One of Supergirls' clients was John Mack Carter, the editor of "Ladies' Home Journal," and he encouraged Danielle to write a book. In the early 1970s, she took a copywriting job at San Francisco's Grey Advertising Agency, and in 1973, she published her first novel, "Going Home."

After the publication of "Going Home," Steel's next few manuscripts were rejected, but by the end of the decade, she would publish five more novels: "Passion's Promise" (1977), "Now and Forever" (1978), "The Promise" (1978), "Season of Passion" (1979), and "Summer's End" (1979). "The Promise" was the first Steel novel to be adapted into a film; it was released in 1979 and starred Kathleen Quinlan and Stephen Collins. In the 1980s, Danielle published 20 novels, including "A Perfect Stranger" (1983), "Wanderlust" (1986), and "Daddy" (1989), as well as the non-fiction books "Love: Poems" (1984) and "Having a Baby" (1984). In 1989, Steel released the first six books in the "Max & Martha" series. Twenty of her novels were adapted into films or miniseries in the 1990s, and "Jewels" (1992) earned Golden Globe nominations for Best Miniseries or Motion Picture Made for Television and Best Performance by an Actor in a Miniseries or Motion Picture Made for Television (Anthony Andrews). That decade, 12 of Danielle's novels reached #1 on "The New York Times" Bestseller List," and she released the four books in her "Freddie" series in 1992. 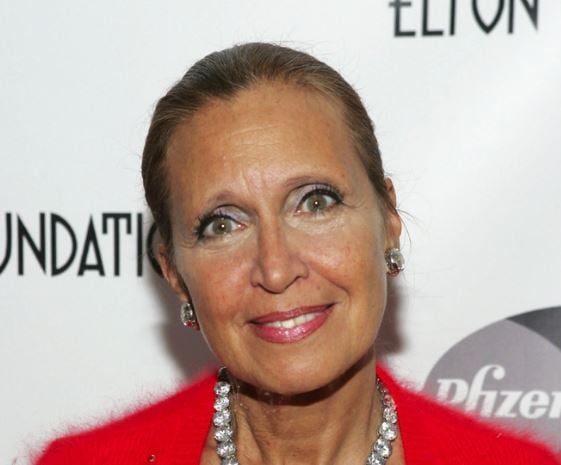 Danielle has been married and divorced five times. She was married to banker Claude-Eric Lazard from 1965 to 1974, and they had daughter Beatrix in 1968. In 1972, Steel met bank robber Danny Zugelder when she visited Lompoc Correctional Institute in 1972 to interview a friend who was incarcerated there. He moved in with Danielle after being paroled in 1973, but he was arrested again in 1974 and convicted of robbery and sexual assault. Steel and Zugelder wed in the Vacaville state penitentiary's inmate canteen in 1975. They divorced in 1978, and the day after their divorce was finalized, she wed heroin addict William Toth. Danielle met Toth when she hired his moving company, and she was eight months pregnant with their son, Nick, when they married. The couple divorced in 1981, and sadly, 19-year-old Nick died by suicide in September 1997. The following year, Steel published the book "His Bright Light: The Story of Nick Traina," which focused on Nick's struggles with drugs and mental illness, and she donated the proceeds to her charitable organization, the Nick Traina Foundation.

In 1981, Danielle married vintner John Traina, and they had five children together: Samantha (born in 1982), Victoria (born in 1983), Vanessa (born in 1984), Maximilian (born in 1986), and Zara (born in 1987). Traina formally adopted Nick, and Danielle was stepmother to John's sons, Trevor and Todd. Steel and Traina divorced in 1996, and two years later, she married financier Thomas J. Perkins, but they split up in 2002. In 2003, Danielle opened a San Francisco art gallery, Steel Gallery, and after it closed in 2007, she curated shows for the Andrea Schwartz Gallery.

Steel was inducted into the California Hall of Fame in 2009, and the French government named her an Officier of the Ordre des Arts et des Lettres in 2002. That year, "The Kiss" won a Lucien Barrière Literary Award at the Deauville Film Festival. Danielle has been honored for her charity work many times, and in May 2009, she became the first non-physician to be awarded the "Distinguished Service in Mental Health Award" from New York Presbyterian Hospital. The American Psychiatric Association also honored Steel with a "Distinguished Service Award," and she received an "Outstanding Achievement Award" from the California Psychiatric Association and a "Service to Youth Award" from St. Mary's Medical Center and the University of San Francisco Catholic Youth Organization.

In August 2014, Danielle put her nearly 3,500 square foot Stinson Beach, California, home on the market for $8.995 million. The 4-bedroom fully-furnished home sold for $8 million in November of that year. In 2012, Steel sold a 3,000 square foot Stinson Beach home for $2.579 million, much less than the $6.5 million she paid for it in 2002. Danielle also owns a home in Paris as well as the 55-room Spreckels Mansion in San Francisco. The Spreckles mansion is potentially worth $50+ million if it ever came to market.