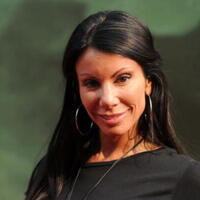 What is Danielle Staub's Net Worth?

Danielle Staub is an American author, singer and reality television personality. Danielle Staub has a net worth of -$500 thousand. Staub is probably best known for her role in the reality TV series "The Real Housewives of New Jersey." She was a main cast member for two seasons before becoming a supporting cast member from 2017 to 2020.

Beverly Ann Merrill was born on July 29th of 1962 in Wayne, New Jersey. Her mother was 15 years old when she gave birth, and Beverly was subsequently adopted and raised in Pennsylvania. Merrill has Sicilian heritage through her biological mother. Her childhood was very difficult, and she later stated in her autobiography that she was sexually abused repeatedly by her relatives, and that the first incidents occurred when she was just eight years old.

According to a book published by Charles Kipp called "Cop Without a Badge," Merrill Staub was once married to an FBI informant named Kevin Maher. The book also states that Beverly was arrested in the mid-80s while she was working as a model in Miami. During this period, she was also allegedly working as a "high-class escort." Although the details of her arrest are not exactly, clear, some reports suggest that she was associated with Daniel Claudio Aguilar at the time, who was a well-known cocaine drug dealer with connections to the Medellin cartel.

Merrill later claimed that she was "in the wrong place at the wrong time." However, it seems that she was arrested in connection with an extortion and kidnapping investigation. Beverly was found by authorities in a house where 6 kilograms of cocaine was being stashed. She then allegedly struck a deal with the authorities, helped them prosecute Aguilar, and was given five years of probation.

Staub actually had a brief acting role in an episode of "All My Children" before joining the cast of "The Real Housewives of New Jersey." After the first two seasons, she abruptly left the show, and no official reason for this was ever given by Bravo. In 2011, it was announced that she had agreed to appear as a fully nude stripper and participate in online adult content. However, she backed out and simultaneously stated that she was seeking psychological help for substance abuse issues.

After leaving "The Real Housewives of New Jersey," she appeared in shows like "The Dish" and "Famous Food." In 2017, Danielle returned to "The Real Housewives of New Jersey" as a recurring cast member from season 8-10. In 2020, she announced that she was permanently departing from the show. That year, she also announced that she was launching her own podcast, entitled "Absolutely Danielle." 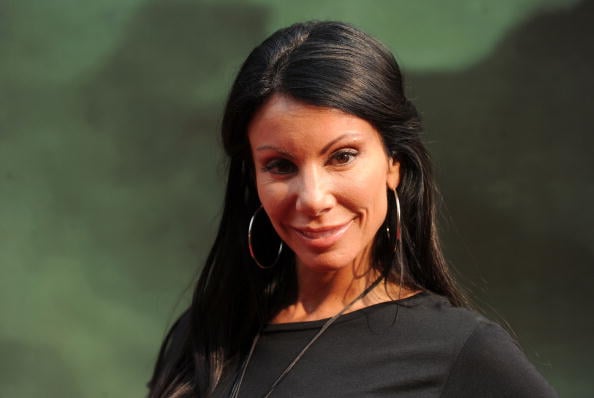 In 2009, an ex-boyfriend named Steve Zalewski attempted to release nude photos, videos, and a sex tape that all featured Staub. A judge ruled that the images should be banned from distribution, although some preview images made their way to the internet anyway.

Also in 2009, Kevin Maher sued Staub for defamation. This lawsuit was settled out of court. He then sued her a second time after she released her autobiography, "The Naked Truth."

In 2009, it was reported that Danielle had listed a mansion in New Jersey for $1.495 million. Located in the prestigious neighborhood of Horizon Heights, Wayne, the Tudor-style residence features 10,500 square feet of living space and seven bedrooms. Additional features include a billiard room, a fireplace, a wet bar, and a cabana. Staub and her ex-husband originally purchased the home in 1998 for $1.025 million. At the time, it was suggested that the sale of this home was connected with her divorce settlement, which had been finalized semi-recently at the time.

In 2020, it was reported that Danielle had been forcibly evicted from her home in Englewood, New Jersey. This was due to a violation of her marital agreement after her third divorce with Marty Caffrey. Caffrey had been attempting to sell the home for some time after the divorce was finalized, but Staub allegedly repeatedly blocked showings for over a year. Even still, the home received numerous offers.

Eventually, Caffrey obtained a court order that forced Staub to vacate the home. The court order made it clear that this was not technically an eviction, but Danielle would be required to immediately "surrender and return possession" of the home to Caffrey. This particular home was sold for $2.195 million, and it features 7,500 square feet of living space. Additional features include a gourmet kitchen, high ceilings, a media room, and a sauna. At one point, Danielle claimed that she intended to purchase the home from Caffrey after the divorce was finalized. However, she never followed through on this promise. Numerous sources claimed that Staub attempted to employ numerous stalling tactics before she was finally told to leave the home.

Later in 2020, Danielle announced on social media that she had moved into a new home. She stated that it was the first time she was in her "own home" with "her own belongings" in her entire life. It was not immediately clear whether this was a rental or a purchase.