Dan Savage net worth: Dan Savage is an American author, journalist, and gay activist who has a net worth of $5 million. Dan Savage was born in Chicago, Illinois in October 1964. He is known for his internationally syndicated relationship and sex column Savage Love. Dan and his husband Terry Miller started the It Gets Better Project in 2010 to help prevent suicide among LGBT youth.

Savage has worked as a theater director using the name Keenan Hollahan. He has often clashed with social conservatives and the LGBT establishment. Savage has been a vocal opponent of Rick Santorum's views on homosexuality and has made many controversial public statements. He studied theater at the University of Illinois at Urbana-Champaign. Savage has frequently appeared as a guest on the TV series The Colbert Report and Real Time with Bill Maher. He has written six books including his latest American Savage: Insights, Slights, and Fights on Faith, Sex, Love, and Politics in 2013. 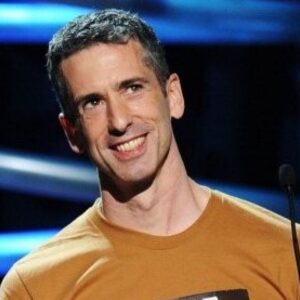