Dan Hicks net worth: Dan Hicks is an American sportscaster who has a net worth of $1.5 million. Dan Hicks was born in Tucson, Arizona in June 1962. He graduated from the University of Arizona and worked as a weekend sports anchor in Tucson. In 1989 he became a sports reporter for CNN in Atlanta, Georgia and in 1992 he joined NBC Sports. Hicks worked doing play-by-play commentary for golf at NBC Sports and then became play-by-play commentator for Notre Dame football in 2013. He has called NFL Wildcard playoff games and has also done play-by-play for The NFL on NBC and The NBA on NBC. Hicks has worked on NBC's coverage of the Olympic Games in 2002, 2006, 2010, and 2014. Dan married ESPN anchor Hannah Storm in 1994 and the couple has three daughters together. 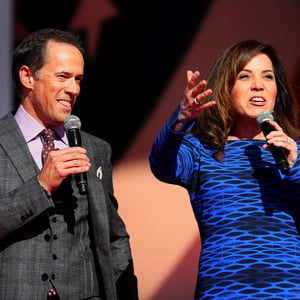