What Is Dan Brown's Net Worth?

Dan Brown is an American author who has a net worth of $160 million dollars. Brown is best known for his 2003 best-selling novel The Da Vinci Code, which was also adapted into two films that starred Tom Hanks. Dan Brown has sold more than 250 million copies of his books around the world.

Dan Brown was born on June 22, 1964 in Exeter, New Hampshire. His father, Richard G. Brown, was a math teacher who wrote textbooks at Phillips Exeter Academy and the family lived on the campus of the school. His mother Constance was a church organist. His interest in puzzles and science comes from his exposure to crossword puzzles and anagrams that he and his brother and sister would spend hours working on. The kids would participate in elaborate treasure hunts to find their gifts, designed by their father on holidays and birthdays. In fact, chapter 23 of "The Da Vinci Code" was inspired by one of his childhood treasure hunts.

After graduating from high school, Brown went to Amherst College to obtain a degree in English and Spanish. In college, he was part of the Psi Upsilon fraternity and played squash, sang in the glee club, and was a student of novelist Alan Lelchuk. He spent a year studying abroad in Seville, Spain where he took an art history course. Dan graduated from Amherst in 1986.

Brown briefly explored a music career, recording tunes with synthesizer effects and self-producing a children's casette tape entitled "Synthanimals." It included tracks such as "Suzuki Elephants" and "Happy Frogs." He formed his own record company called Dalliance and he self-published a CD in 1990 called "Perspective." It sold a few hundred copies. Brown relocated to Los Angeles, California and he joined the National Academy of Songwriters.

He took up the profession of teaching Spanish at Beverly Hills Preparatory School to support himself and met love interest Blythe Newlon, twelve years his senior and the Artistic Director of the National Academy of Songwriters. In 1993, he decided to return to New Hampshire and managed to get an English teaching job at Phillips Exeter Academy. Newlon accompanied him and they married in 1997. In 1994, Brown released a CD titled "Angels & Demons," the artwork for which he later used for his novel "Angels & Demons." 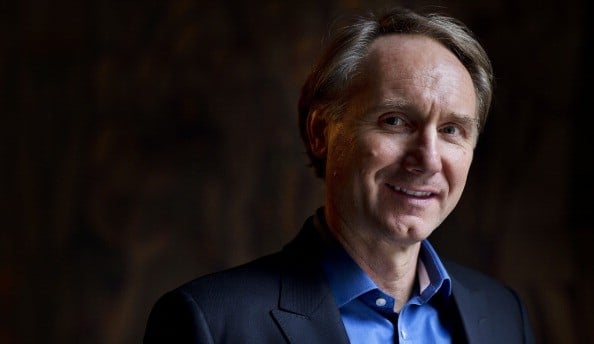 While on vacation in Tahiti in 1993, Brown read Sidney Sheldon's novel The Doomsday Conspiracy, and was inspired to become a writer of thrillers. He started work on Digital Fortress, setting much of it in Seville, where he had studied in 1985. He also co-wrote a humor book with his wife, 187 Men to Avoid: A Survival Guide for the Romantically Frustrated Woman, under the pseudonym Danielle Brown. In 1996 Brown quit teaching to become a full-time writer. Digital Fortress was published in 1998 and wife Blythe spent countless hours writing press releases, booking Brown on talk shows and setting up interviews. He went on to write Angels and Demons and Deception Point in 2001 and 2001, respectively. "Angels and Demons" was the first book to feature the character Robert Langdon, a Harvard symbology expert.

Dan's first three novels saw little success but he struck gold with his fourth effort. His masterpiece, The Da Vinci Code,  was published in March of 2003. It was an instant bestseller and sold nearly 6000 copies on its very first day. The book made the New York Times' Best Seller List in its very first week. In 2004, all four of Brown's novels were on the New York Times list in the same week. By 2005, Dan had made Time magazine's list of 100 Most Influential People of the Year. "The Da Vinci Code" was adapted into a film by Ron Howard starring Tom Hanks in 2006. He released "The Lost Symbol" in 2009 and sold over one million copies on its first day, prompting the second printing of 600,000 additional hardcover copies in addition to the five million on the first printing. Brown released "Inferno" on May 14, 2013, which sat at No. 1  on the NYT Best Seller list for 11 weeks. In 2017, Dan released his seventh book "Origin."

Author Lewis Perdue tried and failed in August 2005 to sue Brown for plagiarism based on the seeming similarity between Brown's "The Da Vinci Code" and Perdue's 1983 novel "The Da Vinci Legacy" and 2000's "Daughter of God." In 2006, Brown's publisher Random House won a copyright infringement case brought by Michael Baigent and Richard Leigh, who claimed that Brown stole ideas from their 1982 book "Holy Blood Holy Grail." The Court of Appeal of England and Wales shot down the efforts from Baigent and Leigh and the authors were then on the hook of paying the hefty legal expenses: nearly $6 million in fees. Brown has also been sued twice by author Jack Dunn, who claims Brown plagiarized a part of his book "The Vatican Boys." Neither lawsuit was allowed to go to a jury trial.

Brown, together with his siblings, donated $2.2m million to Phillips Exeter Academy in 2004 to honor their father. The funds set up the Richard G. Brown Technology Endowment to help provide equipment and computers to students in need. Dan and Blythe created a scholarship fund to celebrate his 25th reunion from Amherst College. The money created a permanently endowed scholarship fund directed towards / with a preference for incoming students interested in studying writing. In 2016, Brown donated $337,000 to the Ritman Library in Amsterdam. The money went to digitizing a collection of ancient books.

Brown and Blythe Newlon were married in 1997 and divorced in 2019 after 21 years of marriage. It was alleged that Brown committed some infidelities during the last part of their marriage. In the summer of 2020, the two were embroiled in a legal battle. 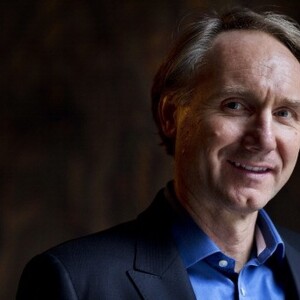