Dalai Lama net worth: Dalai Lama is a Tibetan monk and religious leader who has a net worth of $1. Dalai Lama was born Lhamo Thondup in Taktser, Amdo, Tibet in July 1935. He is an important monk of the Gelug school of Tibetan Buddhism. In 1937 he was selected as the tulku of the 13th Dalai Lama and he was formally recognized as the 14th Dalai Lama in 1939. Dalai Lama assumed full political duties in 1950 at 15 years old. He fled to India during the 1959 Tibetan uprising and still lives there as a refugee. Dalai Lama has traveled the world speaking about several important issues including the environment, women's rights, economics, non-violence, and more. Dalai Lama received the Nobel Peace Prize in 1989 and was named one of the "Children of Mahatma Gandhi" by Time magazine. His interest in science and technology is said to date from his childhood. 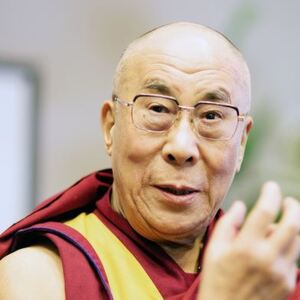