D. B. Weiss Net Worth

in Richest Celebrities › Authors
D. B. Weiss Net Worth:
$50 Million

DB Weiss net worth and salary: DB Weiss is an American author and screenwriter who has a net worth of $50 million. D. B. Weiss is best known for being the screenwriter and executive producer of Game of Thrones along with producing partner David Benioff. Game of Thrones is an adaptation of George R. R. Martin's book series "A Song of Ice and Fire". Game of Thrones debuted on HBO in 2011. He has also written for the television show, It's Always Sunny in Philadelphia and for the 65th Primetime Emmy Awards. He was born Daniel B. Weiss on April 23, 1971 in Chicago, Illinois. He received an undergraduate degree from Wesleyan University, and a Masters in Philosophy and Irish Literature from Trinity College in Dublin. He also graduated with Master in Fine Arts from the renowned Iowa Writers' Workshop. As an author, his debut novel was entitled Lucky Wander Boy, which was themed around video games. He is said to have written a second book that is in the finishing stages of development. Weiss has also been linked to screen adaptations for several science fiction stories, and has expressed interest in continued writing for video games. He is married to Andrea Troyer, who is also a writer. They have two children together.

Disney Deal: In February 2018 it was revealed that D.B. Weiss and his producing partner David Benioff had signed a multi-film deal with Disney to produce at least three Star Wars movies to be released in 2022, 2024 and 2026.

Real Estate: In February 2018, fresh off signing the multi-film deal with Disney, D.B. Weiss spent $9 million to buy a mansion in the Hancock Park neighborhood of Los Angeles. His previous house was a $1.25 million property in the same neighborhood that he bought in 2007.

Netflix Deal: On August 7, 2019 it was announced that D.B. Weiss and David Benioff had signed a multi-year $200 million overall deal with Netflix. The duo had also been in talks with Disney and Amazon, but Netflix won out in the end. The deal does not impact their Disney film partnership. The duo will also retain executive producer credits on all future HBO Game of Thrones spinoffs and prequels which are reportedly in the works, though they will not be involved in those projects. 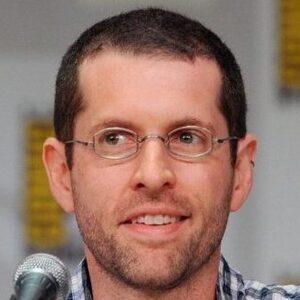