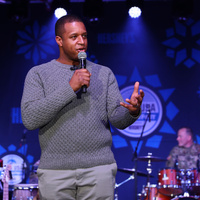 What is Craig Melvin's Net Worth and Salary?

Craig Melvin is an American journalist and news anchor who has a net worth of $9 million. That is a combined net worth with his sports anchor wife Lindsay Czarniak. Craig Melvin is a broadcast journalist and an anchor at MSNBC and NBC News. Additionally, he is a news anchor on NBC's "Today" and a cohost on "Today Third Hour." Over the years, Melvin has covered a number of major national and international events, including the George Zimmerman trial, the mass shooting at Sandy Hook, and the Summer Olympics in Rio de Janeiro.

Craig Melvin's annual salary for his various duties at NBC, primarily "The Today Show," is $3 million per year.

Craig Melvin was born on May 20, 1979 in Columbia, South Carolina to Betty and Lawrence. He has a younger brother named Ryan, and had an older half-brother named Lawrence, a reverend who passed away in 2020 from colon cancer. In high school, Melvin was elected as the first Black president of the international service organization Key Club International. For his higher education, he went to Wofford College in Spartanburg, South Carolina, where he earned his bachelor's degree in government. Melvin also belonged to the Kappa Sigma fraternity, and was a senior counselor for South Carolina's Palmetto Boys State program.

Melvin began his broadcasting career while still in high school, working for the Columbia, South Carolina NBC-affiliate WIS-TV. There, he served in the role of "Our Generation Reporter" from 1995 to 1997. Melvin later returned to WIS-TV in 2001 as a producer and news photographer; he eventually became a reporter for the morning news team, and produced live segments entitled "Craig Cam." Successful in his roles, Melvin was promoted to news anchor for the morning and evening weekend newscasts, and then for the weekday newscasts. He was notable at the station for creating series that focused on such issues as homelessness and education in Columbia.

In the summer of 2008, Melvin parted ways with WIS-TV to join WRC-TV, NBC's owned-and-operated station in Washington, DC. There, he served as anchor for the weekend evening newscasts through 2011. 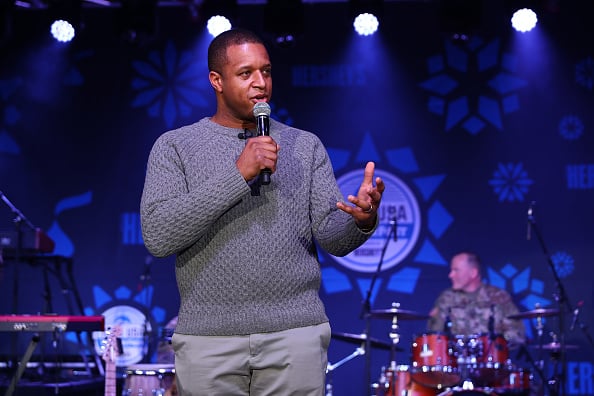 Melvin left WRC-TV in the summer of 2011 to become a daytime anchor on MSNBC; meanwhile, he also served as a reporter on NBC News. For MSNBC, Melvin anchored coverage of numerous headline-making national and global events. In 2012, he anchored coverage of the Democratic and Republican national conventions, in addition to TV One's Election Night coverage, which was done in partnership with NBC News. The same year, Melvin covered the Sandy Hook Elementary School shooting. In 2013, he covered the deadly tornado in Moore, Oklahoma; the crash of Asiana Airlines Flight 214 at San Francisco International Airport; and the trial of George Zimmerman, who shot and killed a young Black man named Trayvon Martin. Melvin's 2014 coverage included two more grisly murders: the police shooting of Michael Brown Jr. and the homicide of University of Virginia student Hannah Graham.

Melvin continued to cover horrific national tragedies in 2015 and 2016. In the former year, he anchored coverage of the church shooting in Charleston, South Carolina and the death of Freddie Gray at the hands of the police. His 2016 coverage included the mass shooting of police officers in Dallas, Texas. On a lighter note, Melvin was also part of the reporting team that covered the Summer Olympics in Rio de Janeiro, Brazil. Two years after that, he reported from the Winter Olympics in Pyeongchang, South Korea.

In addition to his positions at MSNBC and NBC News, Melvin served as a co-anchor on "Weekend Today" from 2015 to 2018. During this time, he also began working as an anchor on "Dateline Extra" and a correspondent on "Sunday Night with Megyn Kelly." In 2018, Melvin started serving as a news anchor on "Today" and a cohost of "Today Third Hour."

Melvin has earned a number of honors and awards for his work in broadcast journalism. His first came very early on; while still a high school student in 1996, he won an Associated Press award for his story covering innovation in teaching. Later, when he was working for WIS-TV, Melvin shared the station's Emmy Awards for Best Newscast in both 2003 and 2005. In 2006, he won another Emmy for his news anchor work. The year after that, Melvin was named Best Anchor by the South Carolina Broadcaster's Association.

In October of 2011, Melvin married ESPN sports anchor Lindsay Czarniak, who had formerly been a sports reporter at WRC-TV where Melvin used to work. The couple lives in Connecticut, and has a son named Delano and a daughter named Sybil.