Corey Harrison Net Worth: Corey Harrison is an American businessman and reality star who has a net worth of $4 million. Also known as "Big Hoss," Harrison earned his net worth as a cast member of the History Channel show, "Pawn Stars," which turned three generations of the Harrison family and their humble store, Gold & Silver Pawn Shop, into big stars. The program first aired in the summer of 2009 and was an instant hit. It's one of the most popular shows on the channel and on cable in general. Amazingly, "Pawn Stars" pulls in over 3 million viewers every episode, and as of this writing, it has aired more than 590 episodes over 18 seasons. The show's popularity led Corey to publish the 2011 book "License to Pawn: Deals, Steals and Life at the Gold and Silver," which gives an in-your-face account of his childhood struggles and the overwhelming fame from the top-rated television show.

Early Life: Corey Harrison was born Richard Corey Harrison on April 27, 1983, in Las Vegas, Nevada. His parents, Rick and Kim, divorced in 1984. Corey has a brother, Adam, and a half-brother, Jake, and his father and grandfather, Richard "Old Man" Harrison, opened the Gold & Silver Pawn Shop in 1989. Corey began working at the pawn shop at age 9 and eventually became a co-owner of the shop.

Career: Harrison is the manager of Gold & Silver Pawn Shop's day-to-day operations and oversees 30 employees. He makes more purchases than anyone else in the store, and many episodes of "Pawn Stars" have featured Corey's conflicts with his dad and grandfather (until Richard's death in 2018) about his managerial responsibilities, knowledge of the inventory in the shop, and buying expensive items (like a boat and a $38,000 hot air balloon). In a season seven episode, Harrison threatened to leave the business unless he was given a 10% partnership, and though he was only given a 5% partnership at the time, he agreed to stay. Besides his work on "Pawn Stars," Corey has also appeared on "Pawnography" (2014–2015), "American Restoration" (2010–2012), and "iCarly" (2012). 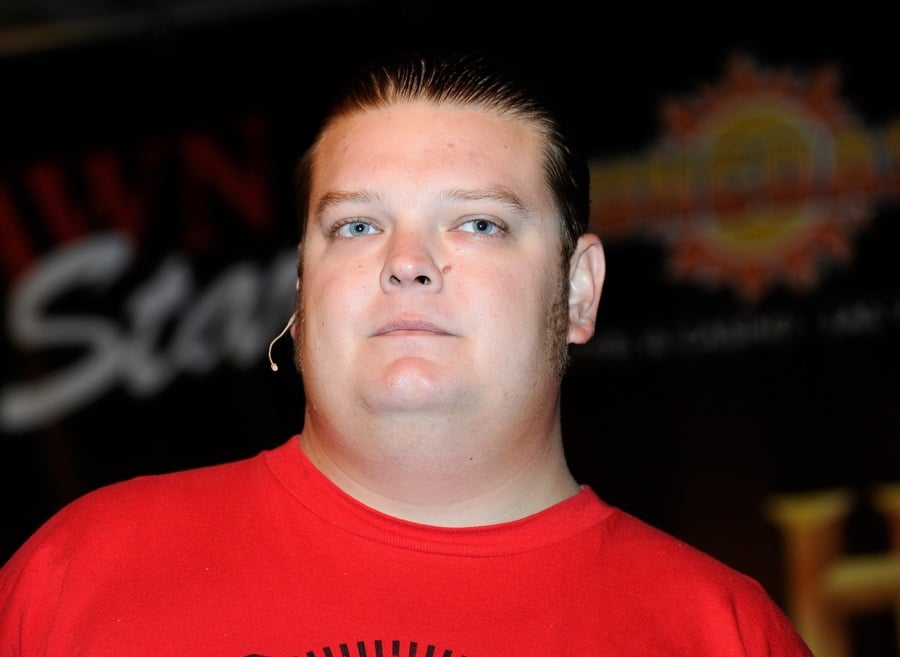 Personal Life: On April 26, 2014, Corey broke his arm in a motorcycle accident and suffered injuries to his foot and back. The accident took place just hours before his 31st birthday celebration was supposed to begin. Harrison met his first wife, Charlene, in high school, and they married in 2009. Corey and Charlene divorced in 2015, and he went on to wed Karina "Kiki" Harrison in July 2017. Harrison filed for divorce 11 months later, and the divorce was finalized that September. In 2010, Corey underwent gastric bypass surgery, lowering his weight from 365 pounds to 249 pounds.

Real Estate: In 2013, Harrison paid $1 million for a 7,069 square foot home in Las Vegas, and he put it on the market for $2.39 million in 2016. The home includes seven bedrooms, six bathrooms, and a basement with a bar, game area, and home theater. The home sits on more than an acre of land, and the property features a swimming pool with a waterfall and water slide as well as two three-car garages and a fire pit. 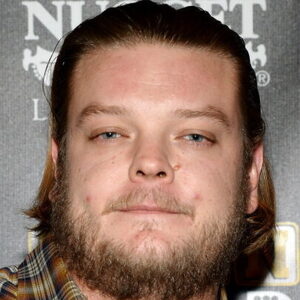