Cokie Roberts net worth and salary: Cokie Roberts was an American journalist and author who had a net worth of $10 million at the time of her death in 2019. Cokie Roberts was born Mary Martha Corinne Morrison Claiborne Boggs in New Orleans, Louisiana on December 27, 1943. Her father, Thomas Boggs, was a Congressman who served as Democratic House Majority leader and was a member of the Warren Commission that investigated the murder of JFK. Cokie graduated from Wellesley College where she earned a BA in Political Science. After college she entered the field of journalism, eventually landing a job as a field reporter for CBS News based out of Athens, Greece. She began working for NPR in 1978. She was also a contributor on The MacNeil/Lehrer NewsHour. She moved to ABC News in 1988 as a political correspondent for World News Tonight with Peter Jennings. She would go on to spend more than three decades working for ABC in some capacity. She co-anchored "This Week" alongside Sam Donaldson from 1995 to 2002.

Cokie and her husband Steven wrote a weekly column which is syndicated in newspapers across the United States. She was appointed to the Council on Service and Civic Participation by President George W. Bush. Roberts has authored the books Our Haggadah: Uniting Traditions for Interfaith Families, From This Day Forward, Ladies of Liberty, Founding Mothers: The Women Who Raised Our Nation, We Are Out Mothers' Daughters, and Capital Dames: The Civil War and the Women of Washington. Roberts won an Emmy Award in 1991 and has also won an Edward R. Murrow Award. Unfortunately, Cokie Roberts died on September 17, 2019 at the age of 75. She had previously been diagnosed with breast cancer. 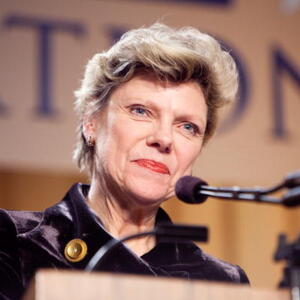