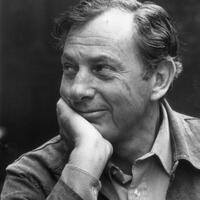 Clifford Irving Net Worth: Clifford Irving is an American investigative reporter and novelist who has a net worth of $5 million. Clifford Irving was born in November 1930. Irving has written and published 20 books. He is best known for his fictional autobiography of Howard Hughes in the early 1970s which led to Hughes denouncing Irving and suing the novel's published McGraw-Hill. Irving confessed to the hoax and served 17 months in prison. Irving has written 18 eBooks on Kindle and Nook. He authored the #1 Kindle Best Seller in the Courts & Law category Daddy's Girl and has authored the reader favorite courtroom novels Trial and Final Argument. Irving graduated from Manhattan's High School of Music and Art and then Cornell University. He worked as a copy boy at The New York Times and his first novel On a Darkling Plain was published in 1956. Irving was portrayed by Richard Gere in the 2007 film The Hoax. The Briscoe Center for American History at the University of Texas announced in November 2014 that they had acquired all of Irving's papers.