What is Chuck Todd's Net Worth and Salary?

Chuck Todd is an American news/political moderator who has a net worth of $12 million. Todd is probably best known for his work with NBC, for whom he moderates the new program "Meet the Press." For his work on this program and other NBC jobs, Chuck Todd earns an annual salary of $4 million.

He is also the host of "MTP Daily" and serves as Political Director for NBC News. Before reaching these positions, Chuck served as the Chief White House correspondent for NBC and hosted "The Daily Rundown." In addition, he is known for his roles in new programs such as "NBC Nightly News with Lester Holt" and "Today."

Charles David Todd was born on April 8th of 1972 in Miami, Florida. Raised in a Jewish household in the suburbs of Miami, Todd enrolled at George Washington University after graduating high school.

Although he attended the school for four years and declared a major in political science, he never graduated and did not earn a degree. However, he was later given an honorary Doctor of Humane Letters degree from Marymount University as a result of his later work as a journalist.

Todd began his career not in journalism, but in politics. He participated in numerous political campaigns throughout Florida before joining political campaigns on a national scale, operating out of Washington, D.C. for the latter. While he was still in college, Chuck worked for the 1992 presidential campaign of Senator Tom Harkin. It was after this experience that he started to venture towards journalism, working part-time for "National Journal."

From 1992 until 2007, Chuck worked his way up the ranks at "National Journal," eventually earning the position of editor-in-chief and keeping that role for six years. During this time, he started to co-host his first projects, starting with "Hotline TV" alongside John Mercurio. As time went on, he started to appear as a guest on various television shows, participating in political discussions on "Hardball with Chris Matthews" and "Inside Politics."

In 2007, Chuck Todd arrived at NBC for the first time. He was brought on board by Tim Russert, a longtime veteran of the network. Immediately, Todd was made political director of the NBC news and started to appear on shows like "Morning Joe," "Hardball with Chris Matthews," "Meet the Press," "NBC Nightly News with Lester Holt," and "The Rachel Maddow Show." He also served as a blogger for MSNBC.com.

Tim Russert passed away a year after Todd's arrival at NBC, after which Chuck immediately emerged as a possible candidate to replace him as the new host of "Meet the Press." However, David Gregory was given the role, with Todd being sent instead to the White House to serve as NBC's Chief Correspondent alongside Savannah Guthrie. However, he still kept his position as political director of NBC News. In addition, he started serving as contributing editor to "Meet the Press." 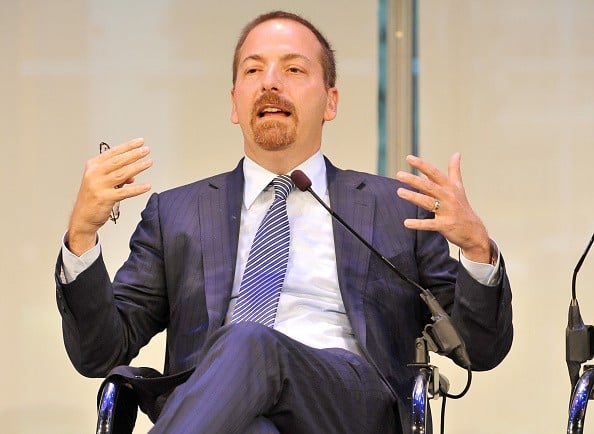 During this period, Chuck became quite popular in the United States, and developed his own following that the "Los Angeles Times" playfully referred to as "Chuckolytes." He was also ranked as one of the country's top five journalists by Dan Abrams in 2009. He would eventually rise to the number-two position before plummeting down to number 90 by 2013. In 2010, he partnered with Savannah Guthrie once again to co-host "The Daily Rundown."

By 2014, Chuck Todd was finally given a chance at the hosting position he had been after since 2007. He was given the hosting role for "Meet the Press" and left his position as the chief White House correspondent. He also abandoned his post at "The Daily Rundown." After a year, he was given his own show called "MTP Daily," which was an extension of "Meet the Press." During this period, he interviewed Kellyanne Conway and pressed her on the size of Donald Trump's crowd at his inaugural ceremony. He was later criticized for failing to actually address the core issues behind Trump's presidency, preferring instead to broadly accuse the administration of disinformation.

Later in 2020, Chuck moderated two of the 2020 Democratic Party presidential debate. He was widely criticized for his performance, as he spoke more than any of the actual presidential candidates on the stage. He also gave the candidates incredibly long-winded questions and then pressured them into answering with just one word. Further criticism came when Chuck compared the supporters of Bernie Sanders (a Jew) to Nazi Brownshirts. Various groups called for Todd's termination after he made these comments, including many who had apparently lost family members during the Holocaust.

Despite having never earned a degree, Chuck Todd serves as an adjunct professor at Johns Hopkins University. He also published a book called "Stranger: Barack Obama in the White House" in 2014. This book received strong reviews from various critics. Earlier in 2009, he published "How Barack Obama Won: A State-by-State Guide to the Historic Presidential Election." In addition, Chuck is a regular fixture on the podcast "The Tony Kornheiser Show." In this podcast, he predicts the results of NFL games and tries to beat a monkey who is performing the same task.

In 2001, Chuck Todd married Kristian Denny, a communications professional who co-founded a company called Maverick Strategies and Mail. This company provides mail and consulting services, mostly to Democratic candidates and progressives. Denny also served as a spokeswoman for Senator Jim Webb in 2006. Together, the pair have had two children together. 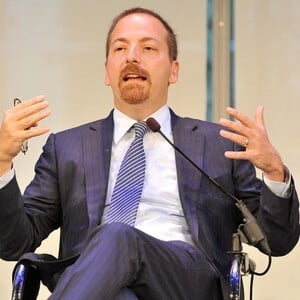