Chuck Scarborough net worth: Chuck Scarborough is an American television journalist and author who has a net worth of $4 million. Chuck Scarborough was born in Pittsburgh, Pennsylvania in November 1943. He graduated from the University of Southern Mississippi  with a degree in journalism. Scarborough has been the lead male news anchor for WNBC since 1974. He served in the United States Air Force and started his career at WLOX-TV in Biloxi, Mississippi and then WDAM-TV in Lauren and WAGA-TV in Atlanta. Scarborough joined WNAC-TV in Boston in 1972 and then joined WNBC-TV in 1974. He has authored the novels Stryker in 1979, The Myrmidon Project in 1980, and Aftershock in 1991. Scarborough has won 36 local Emmy Awards and was inducted in the New York State Broadcasters Association Hall of Fame in 2005. He appeared in the movie The Adjustment Bureau and in two episodes of the NBC television series Veronica's Closet. 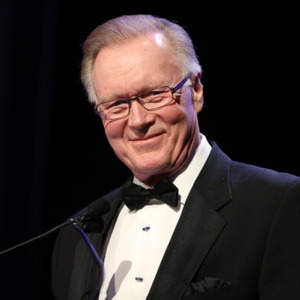