Christopher Paolini net worth: Christopher Paolini is an American author who has a net worth of $25 million dollars. Born November 17, 1983 in Los Angeles, California, Christopher Paolini has become one of the most well-know American authors. His work, Inheritance Cycle, which is comprised of publications such as Inheritance, Eldest, Eragon and Brisingr, is considered his best work to date. Following his high school graduation, Paolini started work on what would later become the novel Eragon, the first of a series set in the mystical land of Alagaesia. In 2002, Eragon was published by Paolini International LLC, Paolini's parents' small self-publishing company, as were the string of books after that. In the summer of 2004, the stepson of Carl Hiassen (an American journalist) found Paolini's book on the shelf of a bookstore and loved it, which led to Hiaasen bringing the book to the attention of his own publisher, Alfred A. Knopf (a New York publishing house). To date, the Inheritance Cycle has sold more than 33 million copies. Paolini cites his literary inspirations as the works of J.R.R. Tolkien (author of the famed classics The Hobbit, The Lord of the Rings and The Silmarillion) and E.R. Eddison (and English civil servant and author of The Worm Ouroboros and others). He says that Eragon was specifically inspired by Jeremy Thatcher, Dragon Hatcher by author Bruce Coville. 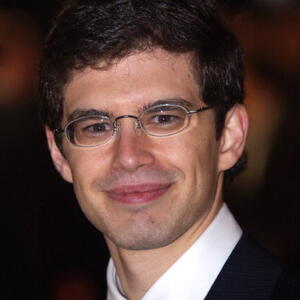