Hitchens established himself as one of the leading intellectual writers of the late 20th and early 21st centuries, willing to offend his readership with his controversial positions on matters such as religion, art, politics, war and literature. Hitchens graduated from Balliol with a B.A. in philosophy, politics and economics and moved to London, where he wrote for the Times Higher Education Supplement. By 1973, Hitchens had moved on to the left-wing weekly New Statesman, where he became acquainted with writer Martin Amis. Hitchens wrote for the Evening Standard and the Daily Express, before becoming the New Statesman's foreign editor in 1979, where he held the position until he moved to New York City in 1981. A year later he made the move to Washington, D.C. where he wrote a column called Minority Report for The Nation. The '90s was a busy period for Hitchens, filled with greater controversy, with his outlets were now in the forms of books, essays and television appearances. As he did with the royal family, he often attacked what he perceived to be public figures raised to the level of gods-or at least myth-and appeared on such talk shows as Frontiers and Charlie Rose, aggressively engaging opponents in political debate. Hitchens' memoir, Hitch-22, was published in 2010, and Hitchens announced during his book tour that he had been diagnosed with esophageal cancer. He continued to make public appearances while undergoing treatment, frequently discussing his condition in the context of his religious disbelief and shunning the idea of a possible deathbed change-of-heart.

The Quotable Hitchens: From Alcohol to Zionism, a collection of his one-liners, and Arguably: Essays, a collection of cultural and political commentary, were released in 2011. On December 15, 2011, in Houston, Texas, Hitchens succumbed to cancer. 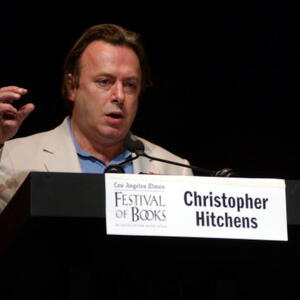