Christina Crawford was born on June 11, 1939 on Los Angeles, California to unmarried parents and she was adopted by actress Joan Crawford in 1941. Christina Crawford has been married three times; she was single as of 2010. Her acting career consists of several Off-Broadway productions as well a small role in the 1961 film Wild in the Country where she starred alongside actor/singer Elvis Presley. She also appeared in the 1968 drama film Faces, and from 1968 until 1969 she played the role of Joan Borman Kane on the television soap opera The Secret Storm, she also appeared on several television series such as; Medical Center, Marcus Welby, M.D., Matt Lincoln, Ironside and The Sixth Sense. Crawford wrote the best-selling book Mommie Dearest which described the abuse by her adopted mother the late actress Joan Crawford in 1978. In 1981, a movie with the same named as the book was released it starred Faye Dunaway in the role of Joan Crawford and Diana Scarwid in the role of Christinia. She was appointed county commissioner on November 22, 2009 of Benewah County, Idaho by Governor Butch Otter. Later she became the first president of the newly formed Benewah Human Rights Coalition. She created the documentary film Surviving Mommie Dearest in 2013. 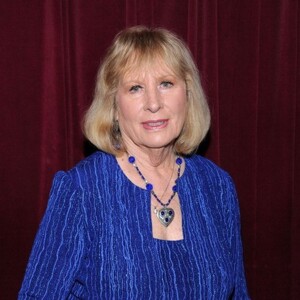