How much is Chris Mortensen Worth?

Chris Mortensen net worth: Chris Mortensen is an American journalist who has a net worth of $6 million. Chris Mortensen was born in Torrance, California in November 1951. He is best known for providing reports for ESPN on their TV series Sunday NFL Countdown, Monday Night Countdown, SportsCenter, and on ESPN.com and ESPN Radio. Mortensen served in the Army during the Vietnam War and started his career with the Daily Breeze newspaper in his hometown. He worked at the Atlanta Journal-Constitution from 1983 to 1990 and also worked at The National from 1989 to 1990. Mortensen first appeared on ESPN in 1991. He has authored the Playing for Keeps: How One Man Kept the Mob from Sinking Its Hooks into Pro Football. Mortensen made a film on The Unreal Story of Professional Wrestling in 1999. He has won many journalism awards including the National Headliner Award for Investigative Reporting in 1978. In 2015 he erroneously reported on the Deflategate controversy. In 2016 it was reported that Mortensen was battling with throat cancer. 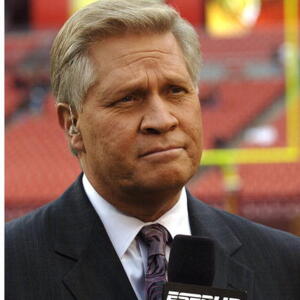