What was Chris Kyle's Net Worth?

Christopher Kyle was an American Navy SEAL sniper who had a net worth of $2 million dollars at the time of his death in 2013. Chris Kyle served fours tours in the Iraq War. He received numerous awards and commendations for his service and acts of heroism and published a bestselling autobiography, "American Sniper," in 2009 which was later adapted into the 2014 film which starred Bradley Cooper.

Kyle was born on April 8, 1974 in Odessa, Texas. He was the eldest of two sons by parents Deborah Lynn and Wayne Kenneth Kyle. Kyle grew up hunting and also raised cattle with his family. He attended high school in Midlothian, Texas and became a professional bronco rodeo rider and ranch hand after he graduated. He then attended Tarleton State University for two years where he studied Ranch and Range Management.

Kyle attended Navy SEAL training in 1999 after a military recruiter convinced him to try the SEALs instead of the U.S. Marine Corps. He graduated with the March 2001 Seals class and was assigned to SEAL Team-3 as a sniper.

Throughout his military career, Kyle became one of the U.S.'s most deadly snipers. He served four tours of duty in Iraq and fought in many of the major battles. The Navy awarded him with one Silver Star and four Bronze Stars with valor. Kyle was honorably discharged from the Navy in 2009. He began a career with Craft International, a tactical training company for the U.S. military and law enforcement communities.

In 2012, Kyle published his autobiography, "American Sniper," which became a bestseller. The book remained on the "New York Times" bestseller list for 37 weeks and brought Kyle into the public eye. He partnered with the FITCO Cares Foundation, a non-profit that provides training and fitness programs to veterans with disabilities and those suffering from PTSD, and helped the organization gain more public awareness. 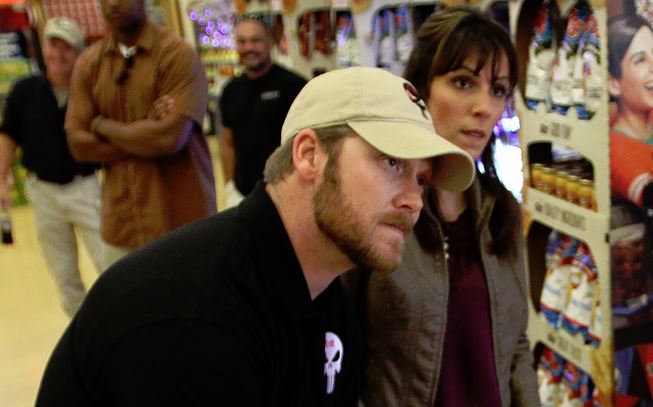 Kyle also described several events in his civilian life that have remained unverified, including a story about traveling to New Orleans after Hurricane Katrina with a friend. Kyle claimed that he shot 30 people who were attempting to loot or cause trouble in the aftermath of the hurricane. In another story, he claims that he shot and killed two men at a gas station outside of Dallas after they attempted to rob him. Neither of these stories have been verified and Kyle was never charged with any crime.

In February of 2013, Kyle and his friend Chad Littlefield were shot and killed at a shooting range in Earth County, Texas. The shooter was Eddie Ray Routh, a 25-year-old Marine Corps veteran from Lancaster, Texas. It was reported that Kyle, Littlefield, and Routh had all gone to the shooting range together, as Kyle and Littlefield were attempting to help Routh with his PTSD. Routh had spent the two years prior to the shootings in and out of mental hospitals and had been officially diagnosed with schizophrenia.

After he had killed the two men, Routh went to his sister's house and confessed. She called the police and a short highway chase ensued before Routh was captured. He was charged and convicted of two counts of capital murder and sentenced to life in prison without parole. When asked why he had committed the crimes, Routh had explained that neither Littlefield nor Kyle would talk to him while driving to the shooting range, which prompted his decision to shoot them.

Kyle's memorial service was held at Cowboys Stadium in Arlington, Texas on February 11, 2013 and he is buried at the Texas State Cemetery in Austin. Many people lined Interstate 35 to pay respects to Kyle as the funeral procession made its way from Midlothian to Austin.

Kyle is survived by his wife Taya Kyle and their two children. Part of Kyle's life is portrayed in the 2014 Clint Eastwood film, "American Sniper," which is based on Kyle's autobiography. He is portrayed by Bradley Cooper, who received an Academy Award nomination for his work in the film. Kyle has been remembered by having a stretch of the highway in Texas named after him. In 2015, Texas Governor Greg Abbott also declared the two-year anniversary of Kyle's murder as "Chris Kyle Day."

In his autobiography, "American Sniper," Kyle claimed to have punched Jesse Ventura in a bar in California in 2006. Ventura is not named in the book. He is referred to as "Scruff Face." but he still sued Kyle for defamation of character. Jesse Ventura continued the lawsuit even after Kyle's death. Ventura won the suit posthumously and was awarded for $1.8 million in damages. Kyle's widow appealed and in June 2016 an appeals court threw the judgement out. In December 2017 the case was settled for an undisclosed amount out of court.

[The photo of Chris Kyle on this page was taken by Cpl. Damien Gutierrez and was licensed through Creative Commons/Wikimedia] 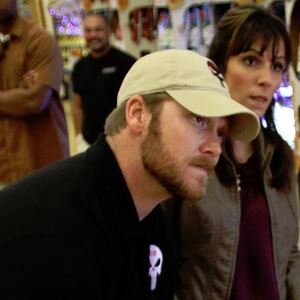