Chris Hayes net worth: Chris Hayes is an American political commentator, journalist, and author who has a net worth of $5 million dollars. Chris Hayes was born in The Bronx, New York in February 1979. He graduated from Brown University where he earned a Bachelor of Arts in Philosophy. He got his start in journalism at a weekly newspaper called Chicago Reader.

He then worked at a labor magazine called In These Times for four years. He was a Puffin Foundation Writing Fellow at The Nation Institute. He got his start on television as a guest host for the Rachel Maddow Show in 2010. From here, he landed hosting gigs on other MSNBC shows. He was given his own two-hour weekend morning show called "Up with Chris Hayes" in 2011. Chris currently hosts the show "All in with Chris Hayes" on MSNBC which airs weekdays. He formerly hosted the MSNBC television series "Up with Chris Hayes". He is an editor at large of the Nation magazine. His first book "Twilight of the Elites: America After Meritocracy" was published in 2012 and his second book, "A Colony in a Nation" was published in March 2017. Hayes served as an adjunct professor of English at St. Augustine College in Chicago and was a regular contributor to the Chicago Reader. Chris is married to law professor Kate Shaw. Together they have three children. 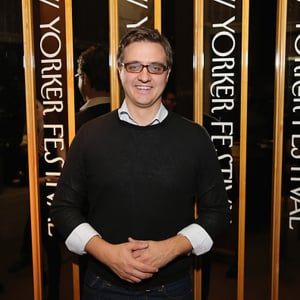