He has appeared on many television series including ESPN's SportsCenter, First Take, NBA Countdown, and NBA Fastbreak. Chris Broussard graduated from Oberlin College where he played point guard. He is the founder and president of The K.I.N.G. Movement which is a national Christian men's organization. Broussard started out as a sports writer for The Plan Dealer in 1990 and then moved to the Akron Beacon Journal and was the beat writer for the Cleveland Cavaliers. He then covered the New Jersey nets and then the New York Knicks for The New York Times before he joined ESPN The Magazine in 2004. 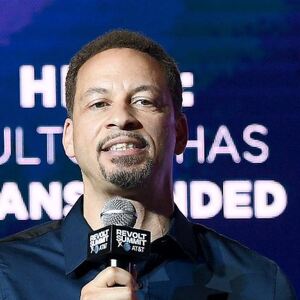