How much is Charles Bukowski Worth?

Charles Bukowski net worth: Charles Bukowski was a German American poet, novelist, and writer who had a net worth of $4 million. Charles Bukowski was born in Andernach, Rhineland-Palatinate, Weimar Republic in August 1920 and passed away in March 1994. His works were published in more than 60 books and he wrote thousands of poems as well hundreds of short stories and six novels. Bukowski wrote the column Notes of a Dirty Old Man and the FBI kept a file on him. He was described as a "laureate of American lowlife" by Time in 1986. His subject matter included the lives of poor Americans, alcohol, work, and relationships with women among other things. Bukowski's novels included Post Office in 1971, Factotum in 1975, Women in 1978, Ham on Rye in 1982, Hollywood in 1989, and Pulp in 1994. Charles Bukowski passed away on March 9, 1994 at 73 years old of leukemia. 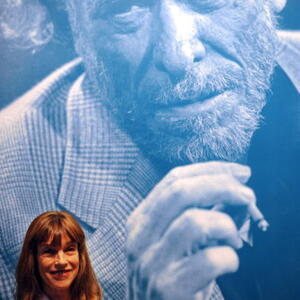