Charissa Thompson net worth and salary: Charissa Thompson is an American television host and sportscaster who has a net worth of $3 million. Charissa Thompson was born in Seattle, Washington in May 1982. She graduated from the University of California, Santa Barbara. Thompson has worked for Fox Sports 1, NBC, GSN, Versus, the Big Ten Network, and ESPN. She has co-hosted the TV series Fox Sports Live and Extra. She previously co-hosted the ESPN2 series SportsNation and became the host of Fox Sports Live in 2013. Thompson has worked as an ice level reporter for the NHL on Versus, a sideline reporter for the Big Ten Network, the NFL on Fox, and Fox Sports Net, a co-host on Best Damn Sports Show Period, and a host for the ESPN series Numbers Never Lie.

In January 2020, Charissa announced her engagement to sports agent Kyle Thousand. Thousand is the managing director of baseball at Jay-Z's Roc Nation Sports. 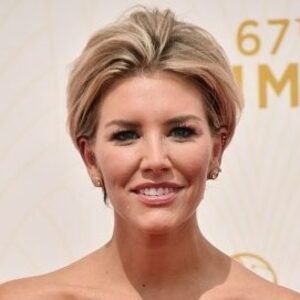