What is Cesar Millan's Net Worth?

Cesar Millan is a Mexican-American dog trainer, author, and TV personality who has a net worth of $20 million dollars. He is best known for his television series "Dog Whisperer with Cesar Millan".

César Felipe Millán Favela was born in rural Culiacán, Sinaloa, Mexico, on August 27, 1969. He grew up on a farm where his grandfather was a tenant farmer, and began working with and near animals from a young age. In particular, his great relationship with dogs earned the nickname "el Perrero", or "the dog boy", growing up. When he was 21 years old, Millan illegally crossed the border into the United States, and ended up in California.

Millan's career in the pet industry started when he landed his first job in the United States, at a dog grooming store. He also worked as a limousine driver, and it was while working as a driver that he met the actress Jada Pinkett Smith. Building on his skills that he learned at the first dog grooming store he worked at, Millan opened the Pacific Point Canine Academy. Smith became one of his earliest clients, and also helped support his dreams of opening his own dog training center by helping him get a tutor to teach him English. A few years later, Millan opened the Dog Psychology Center in Los Angeles, California, which specialized in large breed dogs. In 2009, he moved the Dog Psychology Center to Santa Clarita, California. In addition to his training clinic in California, Millan has also opened a clinic location in Davie, Florida (near Fort Lauderdale), at the Country Inn Pet Resort.

In 2002, after the Los Angeles Times ran a profile on him, Millan caught the attention of producers at MPH Entertainment, Inc., and they began working with him on developing a pilot for a reality television series that would follow him around as he worked on dog rehabilitation. The series, "Dog Whisperer with Cesar Millan", debuted on the National Geographic Channel in September 2004, and later moved to the Nat Geo WILD channel. The show was a huge hit—it became National Geographic's No. 1 show during its first season—and it's popularity helped it stay on air for nine season, until September 2012. The show was not just popular in the United States, it was an international hit, broadcast in over 80 countries worldwide. "Dog Whisperer" received Emmy Award nominations for Outstanding Reality Program, once in 2006 and again in 2007; it won the People's Choice Award for Favorite Animal Show in 2012. Other series and specials that have aired on Nat Geo WILD and feature Millan include "Cesar Millan's Leader of the Pack", "Cesar 911" (known in non-American markets as "Cesar to the Rescue"), and "Cesar Millan's Dog Nation". 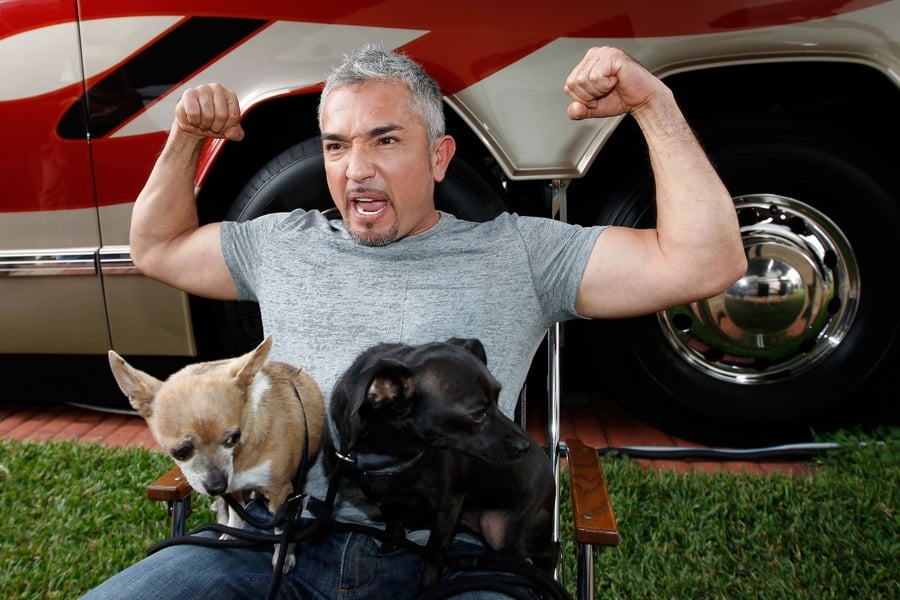 In addition to his television projects and appearances, Millan has branched out into multiple other areas. Building off the popularity and recognition he had gained through his National Geographic show, Millan launched his own magazine, "Cesar's Way", in the United States and Canada in 2009. He served as the Editorial Director for the magazine, and the magazine covered topics on the relationship between dogs and humans, as well as advice from Millan. The magazine's last issue was published in 2014. He also enjoyed his own international tour, featuring dog training lectures and stage performances, called "Cesar Millan Live!", that featured him demonstrating some of his training techniques with local shelter dogs. He also has a line of dog training DVDs, and partnered with the American pet retailer PETCO in 2008 to release his own "Dog Whisperer" line of branded merchandise. The line featured everything from organic dog food and treats, to various accessories, toys, and grooming products. In 2018, he partnered with the company Petcube to developed a "Cesar Millan Edition" pet camera, and he also has partnered with the company PAWS to develop a GPS-enabled wireless collar.

Furthermore, Millan has published numerous books co-authored with Melissa Jo Peltier, including: "Cesar's Way: The Natural, Everyday Guide to Understanding and Correcting Common Dog Problems" (2007), "Be the Pack Leader: Use Cesar's Way to Transform Your Dog… and Your Life" (2007), "A Member of the Family: Cesar Millan's Guide to a Lifetime of Fulfillment with Your Dog" (2008), "How to Raise the Perfect Dog: Through Puppyhood and Beyond" (2009), "Cesar's Rules: Your  Way to Train a Well-Behaved Dog" (2010), and "Cesar Millan's Lesson's from the Pack: Stories of Dogs Who Changed My Life" (2017). His first three books were all New York Times best sellers, and have cumulatively sold over two million copies just in the United States.

Millan and his former wife, Ilusión Wilson, were married from 1994 until their divorce in 2010. They have two sons together. Millan attempted to commit suicide in May 2010, a few months after his wife's request for divorce and the death of his dog, Daddy. The divorce and resulting settlement temporarily left Cesar broke.

Later, in August 2010, Millan began a relationship with actress and former stylist Jahira Dar. Their engagement was announced in April 2016.

He became a United States Citizen in 2000. Together with his ex-Wife Illusión, Millan founded the Cesar Millan Foundation (formerly the Millan Foundation), which is now most commonly referred to as the Cesar Millan PACK Project. The Foundation provides financial support to animal shelters, and organizations engaged in rescuing animals. It also helps to fund spay/neuter programs, and formerly worked with Yale University to create a curriculum for children based on Millan's work.

In 2017, Cesar paid $2.8 million for a home in LA's Encino suburb. About a month earlier he sold a previous home in Studio City, California for $1.8 million. Cesar listed the home for sale in January 2022 for $4 million.

About an hour outside of Los Angeles Cesar also owns a 45-acre property in Santa Clarita, California. This is the home base of his Cesar Millan's Dog Psychology Center. 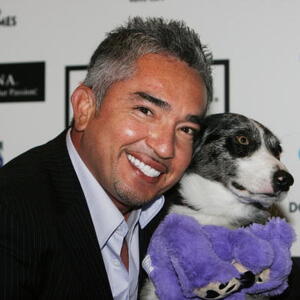