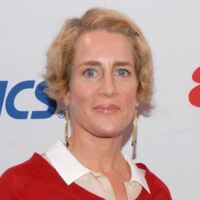 Cecily von Ziegesar net worth: Cecily von Ziegesar is an American author who has a net worth of $25 million dollars. Born June 27, 1970, Cecily von Ziegesar is best known as being the author of the young adult novel series Gossip Girl, which was adapted into a television series in 2007. In an interview with Seventeen magazine, Ziegesar responds to the question of whether or not she borrowed from her own high school/college experiences in her writings by saying, "…I elaborate extensively on them." When asked if Ziegesar had any advice for an entering college freshman she was quoted as saying, "…try something that you've never done before!" She went on to say that she has no idea why her books are so successful. Ziegesar's Gossip Girl series has enjoyed 11 books in the original series, prequels, a spinoff series and a television series which ran for five seasons. The successful television series has been touted as one of the most successful young adult franchises of our time. Ziegesar has a B.A. in English from Colby College and dropped out of a MFA program in fiction writing (at the University of Tucson) after just one year. She resides in Brooklyn, New York with her husband Richard, the Deputy Director of the Public Art Fund, and their two children Agnes and Oscar.