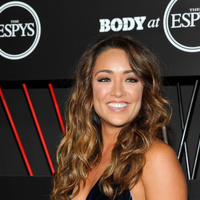 Cassidy Hubbarth net worth and salary: Cassidy Hubbarth is an American television anchor who has a net worth of $500 thousand. Cassidy Hubbarth was born in Chicago, Illinois in September 1984. Hubbarth is an anchor for ESPN's SportsCenter and ESPN2's NBA Tonight. Hubbarth graduated from the Medill School of Journalism at Northwestern University. He worked as a host and reporter for the Big Ten Network and Fox Sports South. During that time Hubbarth won a Southeast Emmy for working on SEC Gridiron Live. He worked as a traffic reporter and producer for WMAQ NBC5 Network in Chicago, Illinois. Hubbarth also worked at Intersport before joining ESPN in 2010. She worked on ESPN3 broadcasts and then became a full time anchor for ESPN in 2013. She has also hosted other ESPN television shows including Highlight Express, SportsNation, First Take, and Numbers Never Lie.