Buster Olney net worth: Buster Olney is an American columnist and analyst who has a net worth of $3 million. Buster Olney was born in Washington, D.C. in February 1964. He is a columnist for ESPN.com and ESPN: The Magazine and has covered the New York Yankees and the New York Giants for The New York Times. Olney is an analyst for the ESPN television series Baseball Tonight. He hosts the ESPN Baseball Tonight daily podcast and is one of about 575 voters for the Baseball Hall of Fame. Olney started out as a beat reporter for the Triple-A Nashville Sounds. He worked at the San Diego Union-Tribune and the Baltimore Sun before winning an Associated Press award in his first year at The New York Times. Olney authored the book The Last Night of the Yankee Dynasty which was published in 2004. He authored How Lucky You Can Be: The Story of Coach Don Meyer in 2010. 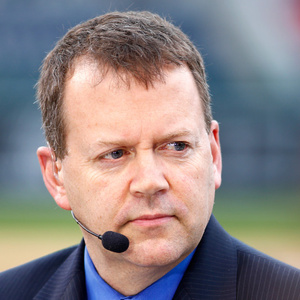